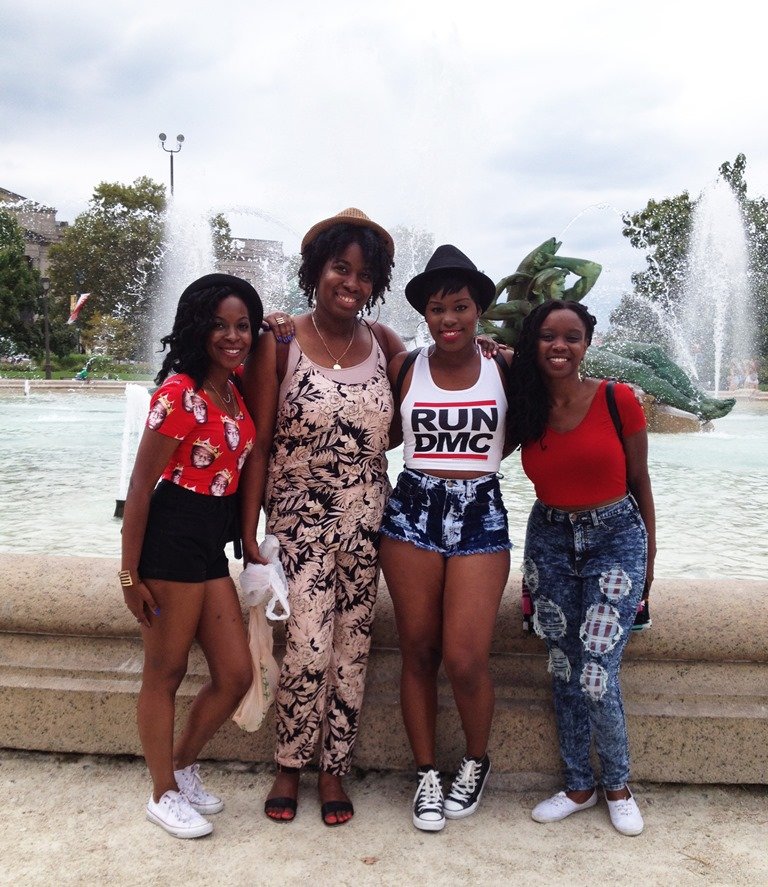 Girls Trip: Made In America Music Festival in Philly

I hope you guys had a great holiday weekend. Sorry I’ve been MIA for the past few days but I was at MIA, Made In America. My girls and I decided to get away for the weekend and attended the Budweiser Made In America Music Festival in Philly. Here’s a recap of my trip with lots of pictures. 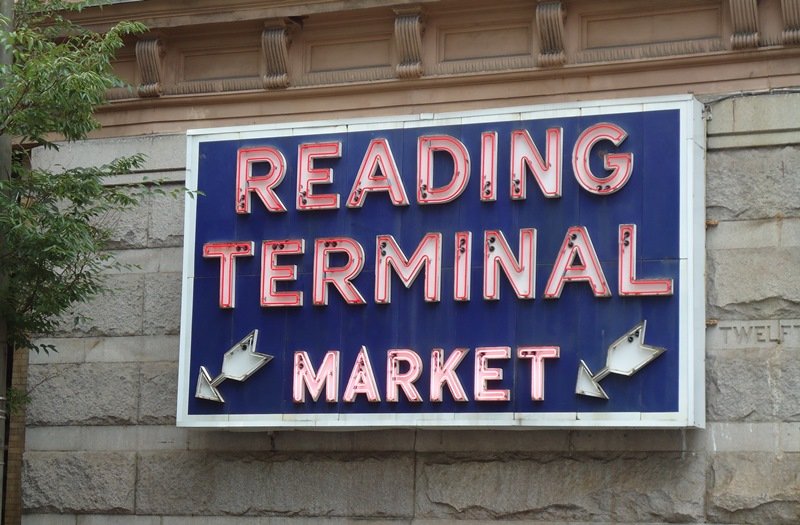 We stayed in the heart of Downtown Philly at the Courtyard Philadelphia in Center City. If you don’t know by now I am a big foodie so as soon as we arrived and got settled into our room I was ready to eat. We headed to the Reading Terminal Market and decided on Cheesesteaks from Carmen’s Famous Italian Hoagies. You can’t go to Philly without eating a cheesesteak and Carmen’s had options for all of us- Chicken, Seitan and Classic, all of which were delicious. We ate them on the way to the Benjamin Franklin Parkway where the festival was located and enjoyed every bite. 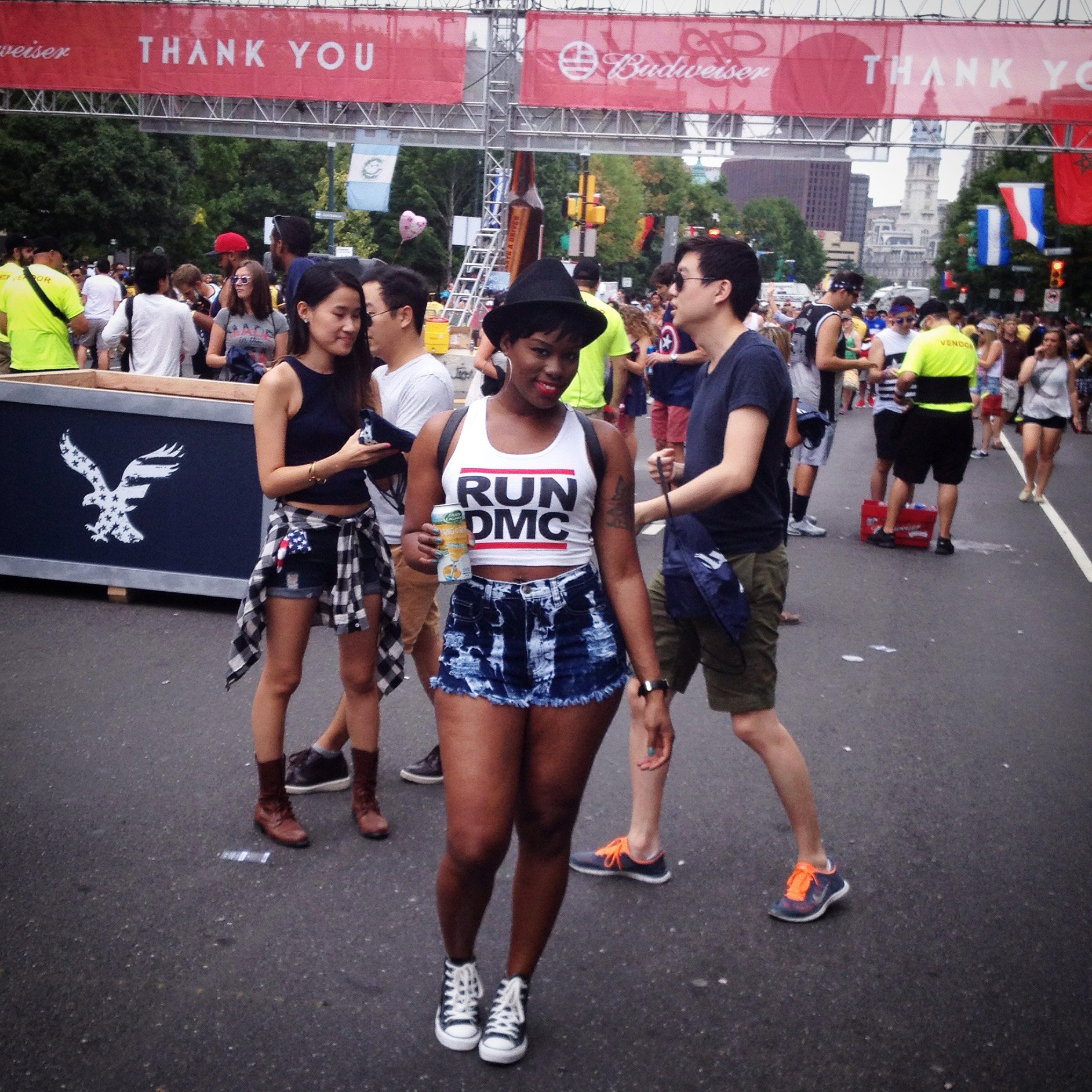 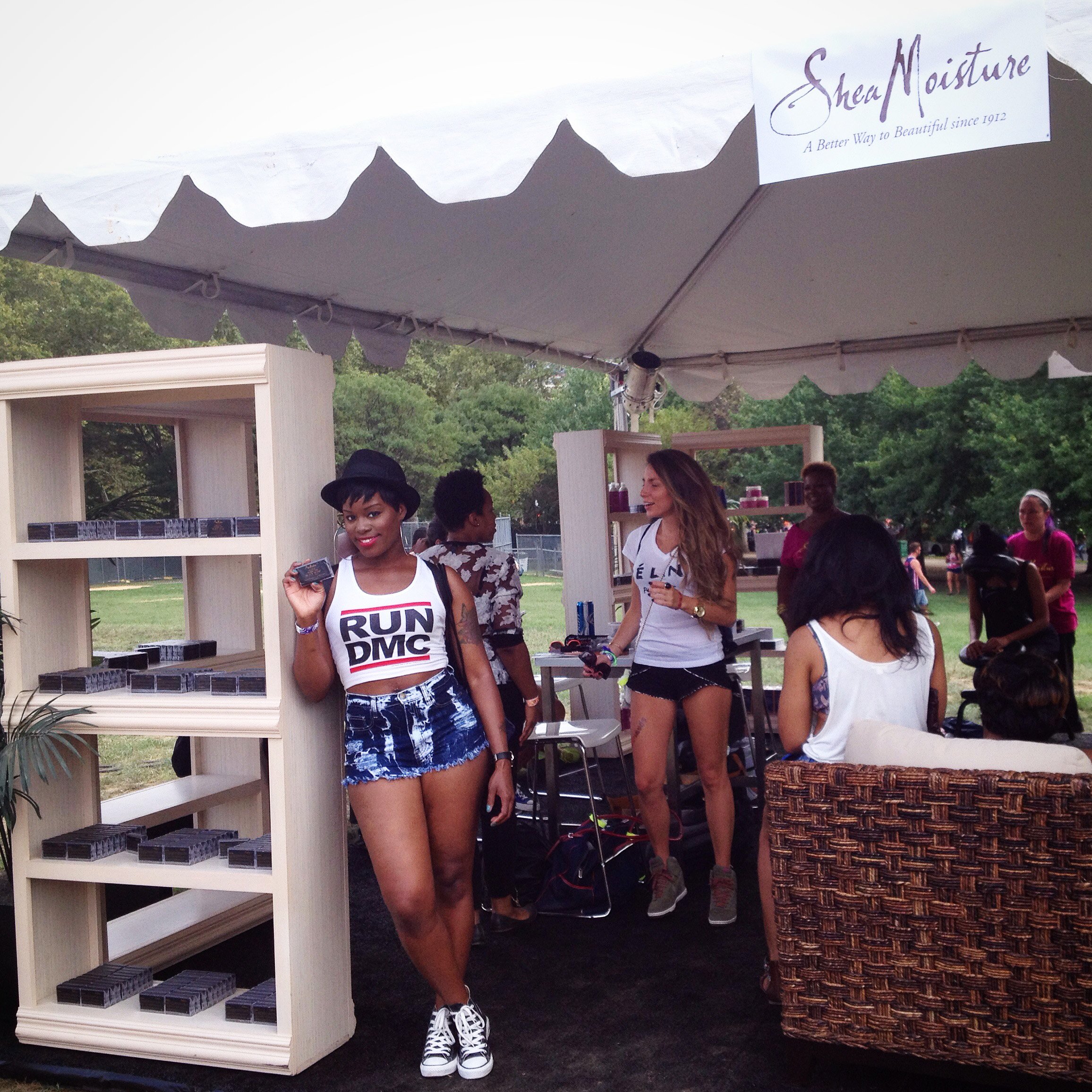 SheaMoisture was an event sponsor and they were handing out African Black Soap at every info booth and had a tent set up with complimentary massages and braid styling. We racked up on the black soap, I probably have enough for a year (review and giveaways coming soon.) 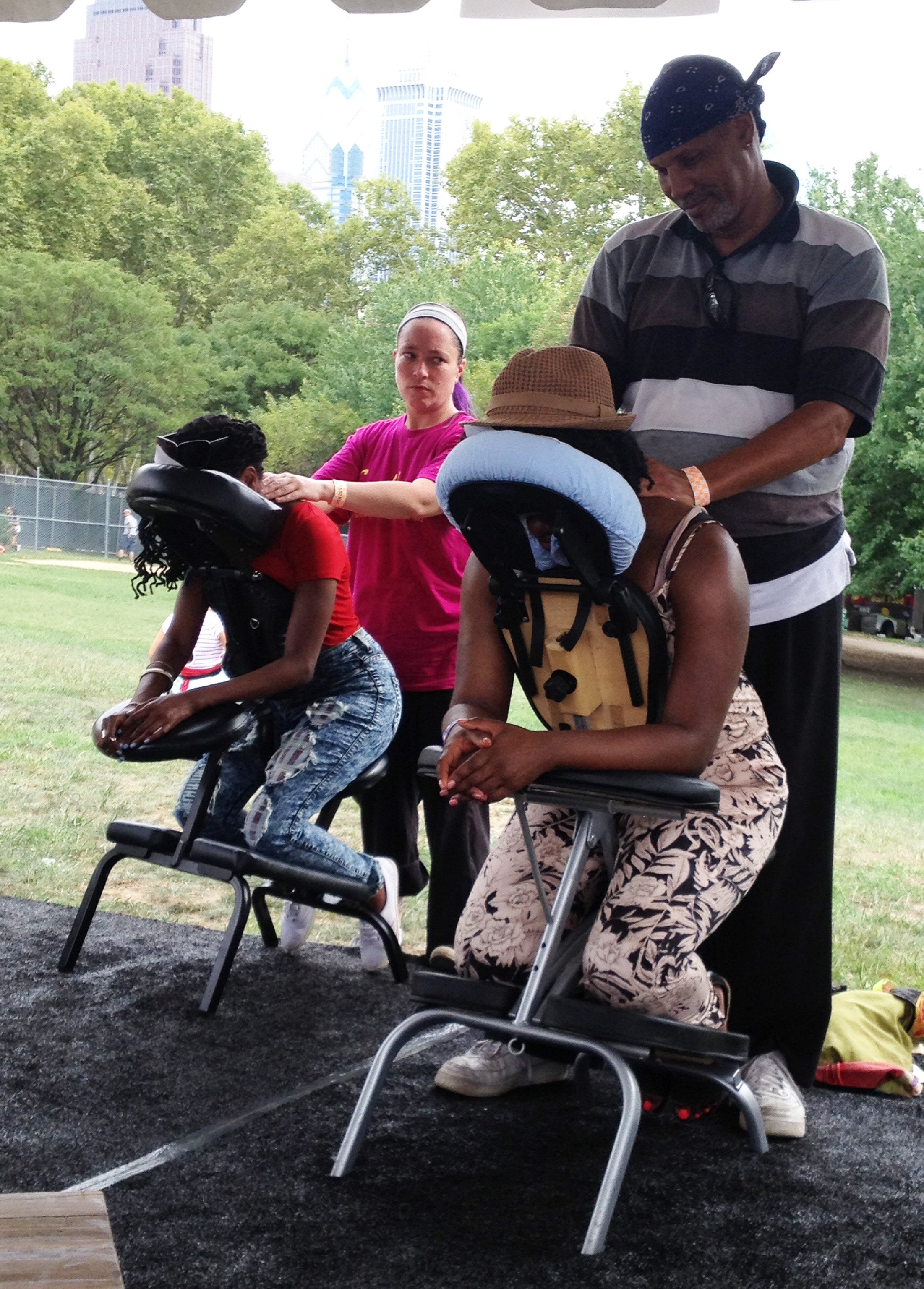 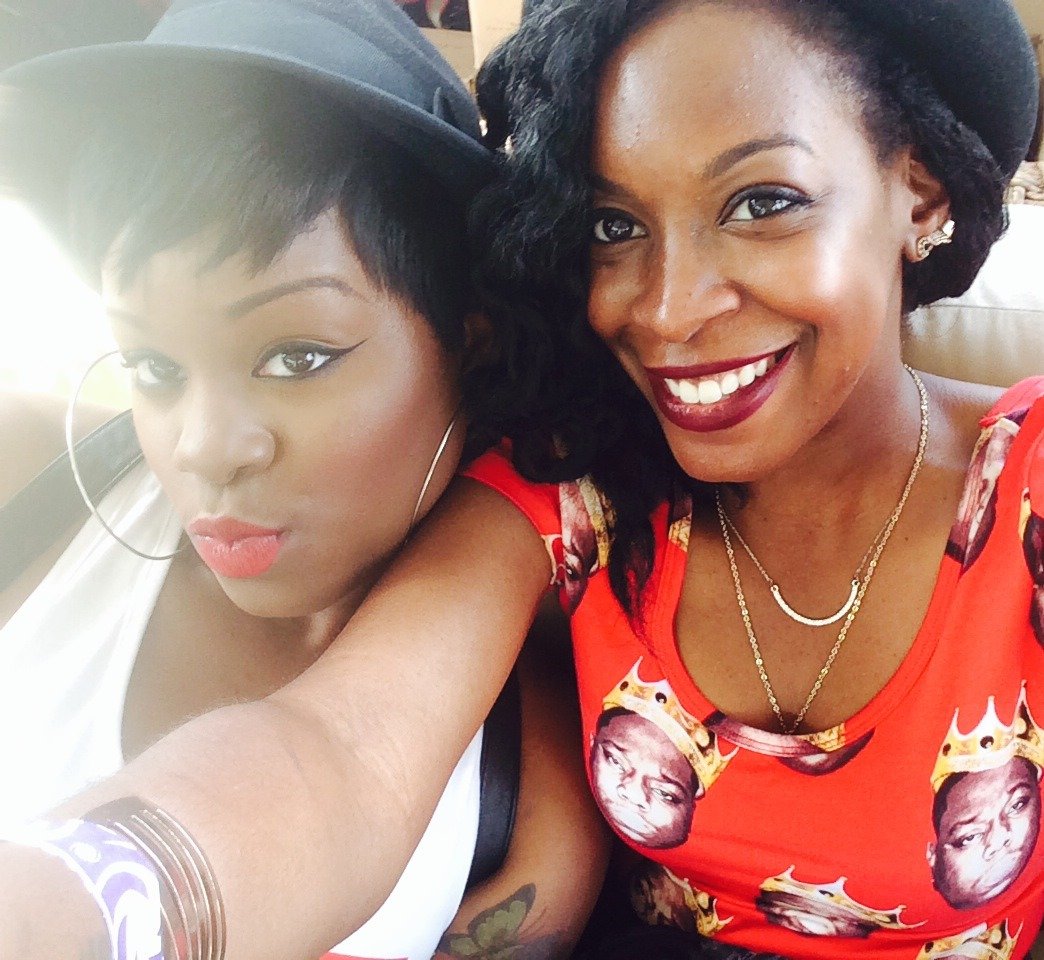 My cuz Mo and I took selfies while we waited for Gina & Janine to get their massages. 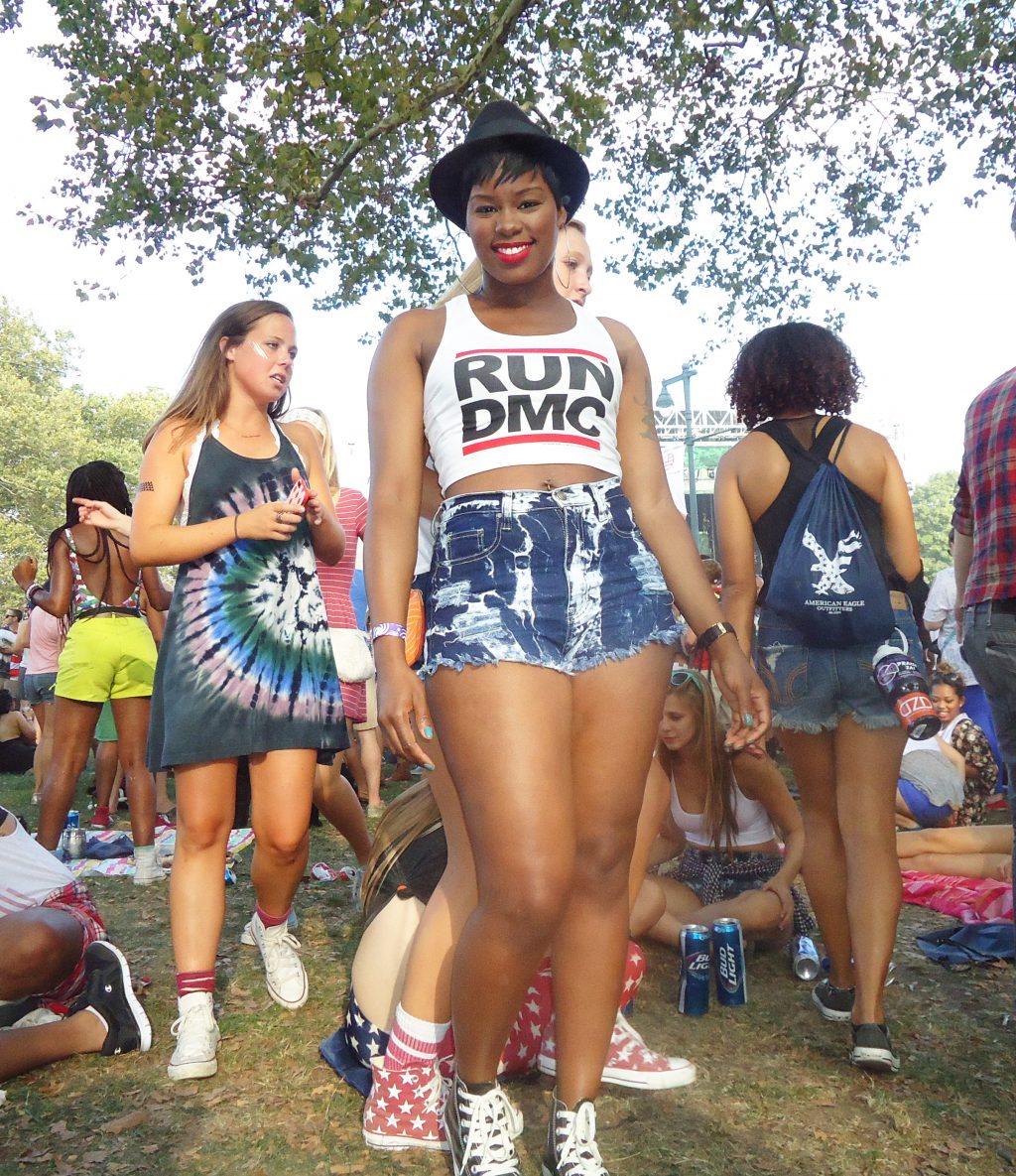 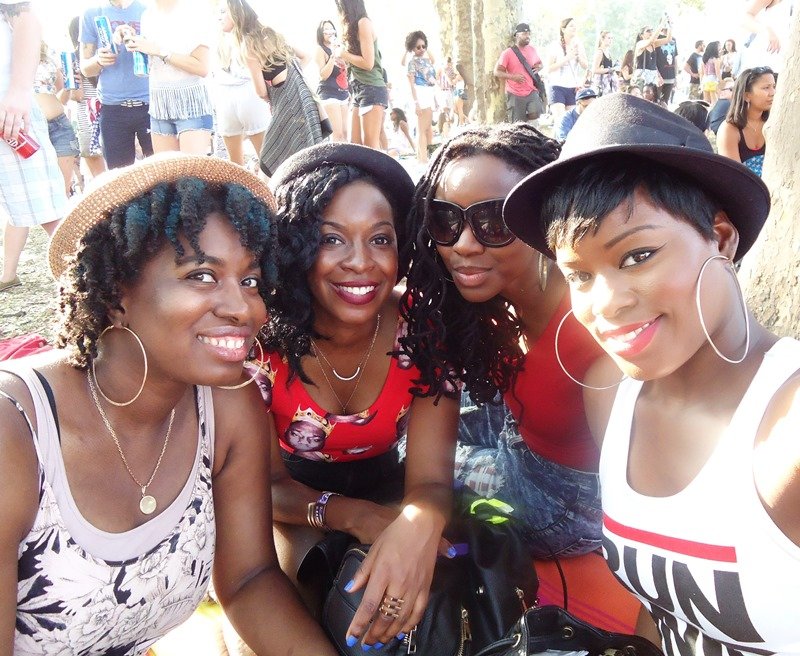 We walked around to get familiar with the grounds and headed to see the first artist on our list DJ Cassidy followed by Big Daddy Kane.  I don’t know what fountain of youth BDK is drinking from but the man has barely aged over the years. Both put on a great show. After that we chilled out, relaxed and had dinner before J. Cole who also put on a great show. We met up with some friends and made our way to the main stage to catch the end part of  The National so that we could get a good spot for Kanye West. Apparently everyone else had the same idea and we were packed in tight like sardines for the almost 2 hour wait. Kanye put on a great show so it was worth it. That was the end of Day 1 and we were exhausted. We headed back to our hotel, washed the day off and enjoyed some snacks and girl talk until we fell asleep. 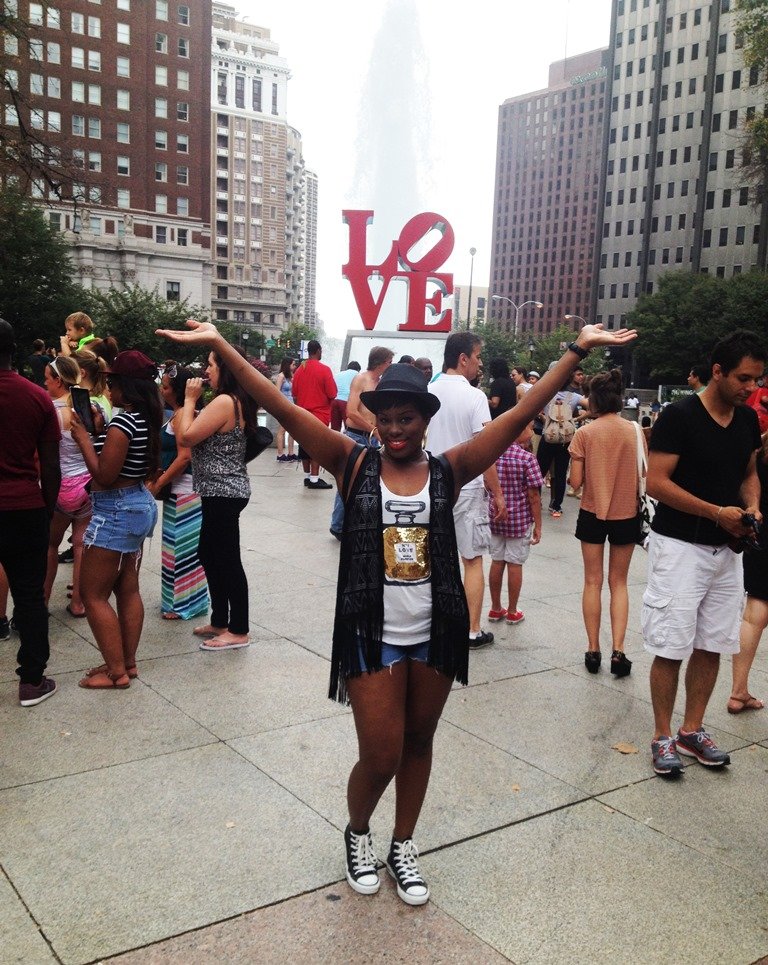 On Day 2 we decided that we weren’t going to go to the festival grounds until later in the day since we only wanted to see Girl Talk, Pharrel, Tiesto and Kings of Leon. After breakfast we took a dip in the pool and chilled in the hot tub for a few hours. We pulled ourselves together and decided to head to Spice 28 for a late lunch. We stopped at Love Park on the walk there. 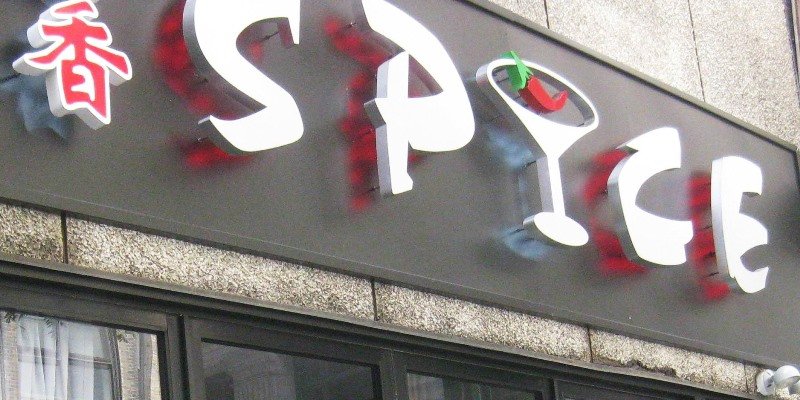 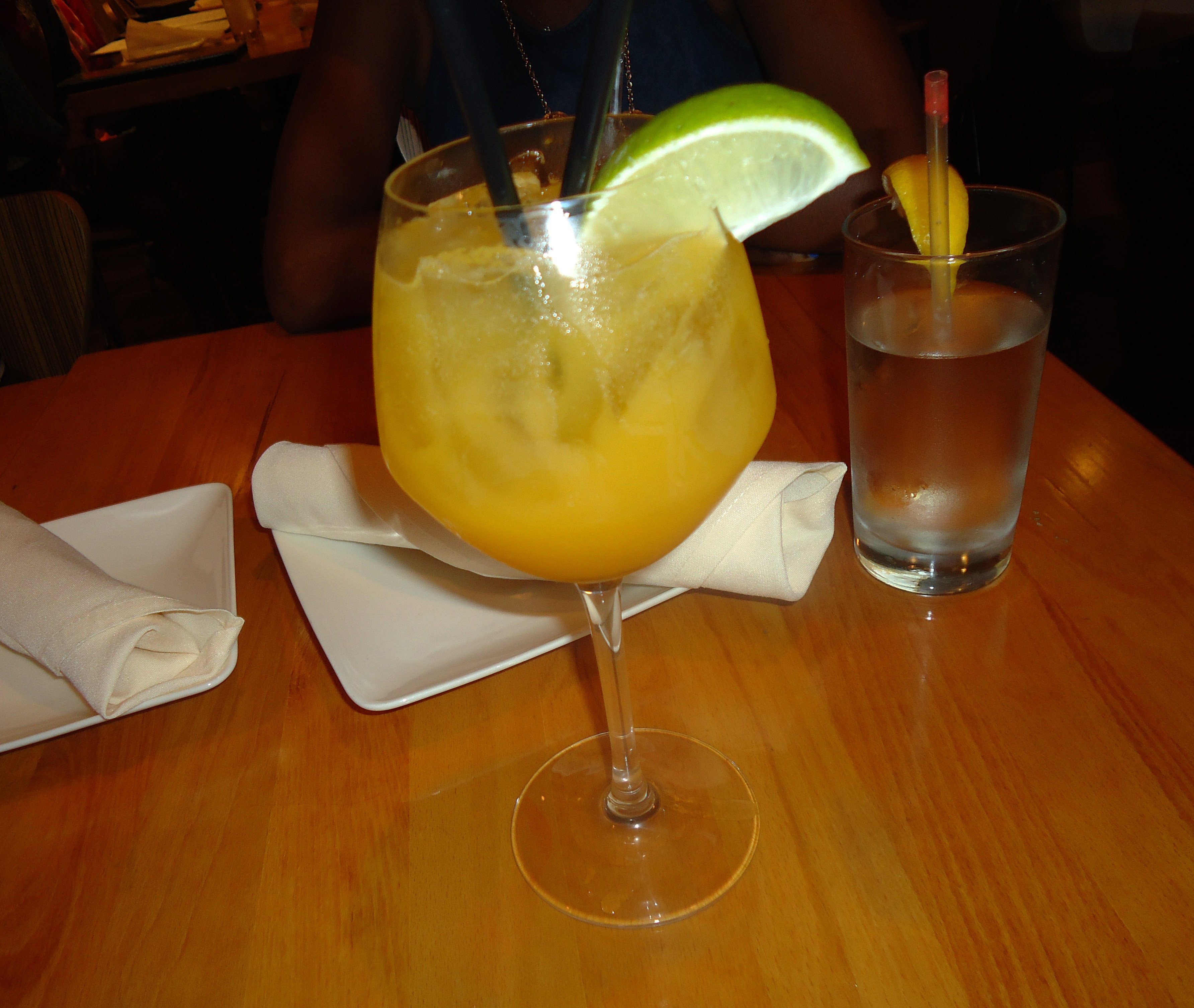 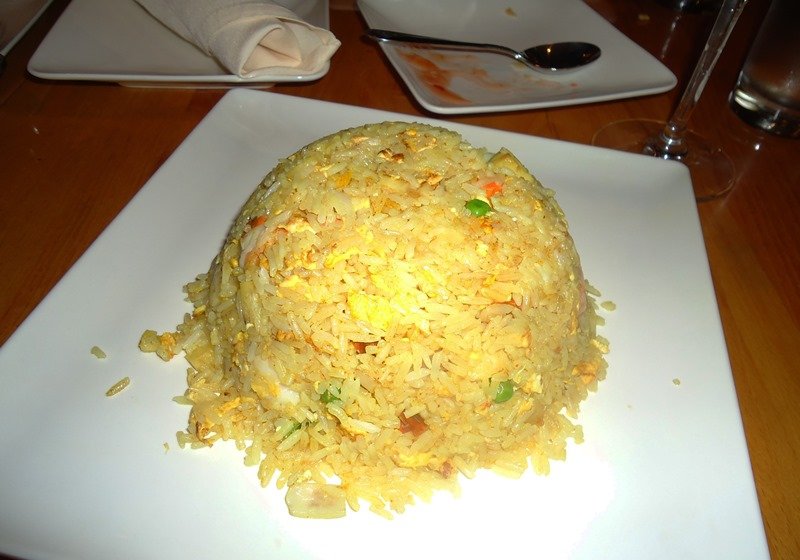 I ordered the Pineapple Shrimp Fried Rice which was delicious and washed it down with a Mango Margarita which was good and strong. We all enjoyed our food. We then headed to the festival grounds and noticed how dark the sky was getting. When we arrived we heard an announcement asking everyone to leave due to severe thunderstorms approaching and that the festival was being temporarily postponed. Good thing I had my poncho as it started to pour so we took shelter in a Whole Foods near the festival grounds and browsed the beauty aisle until the festival started back up. I wasn’t happy. 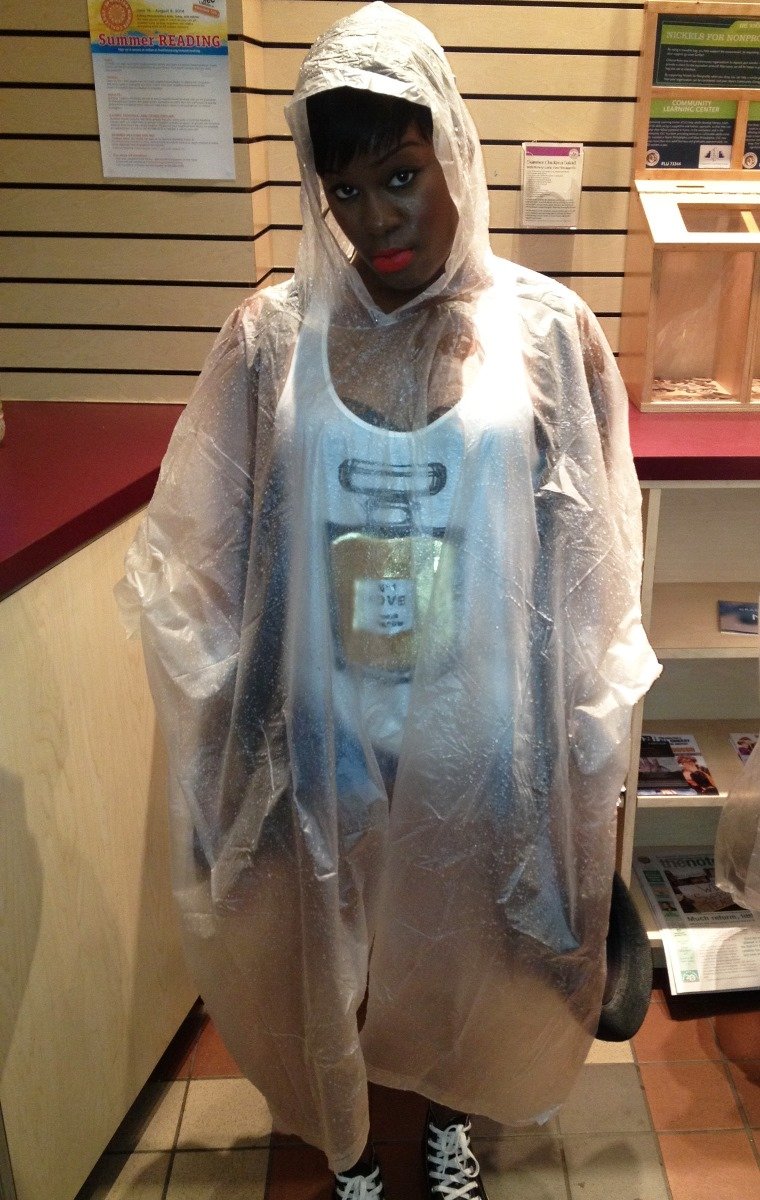 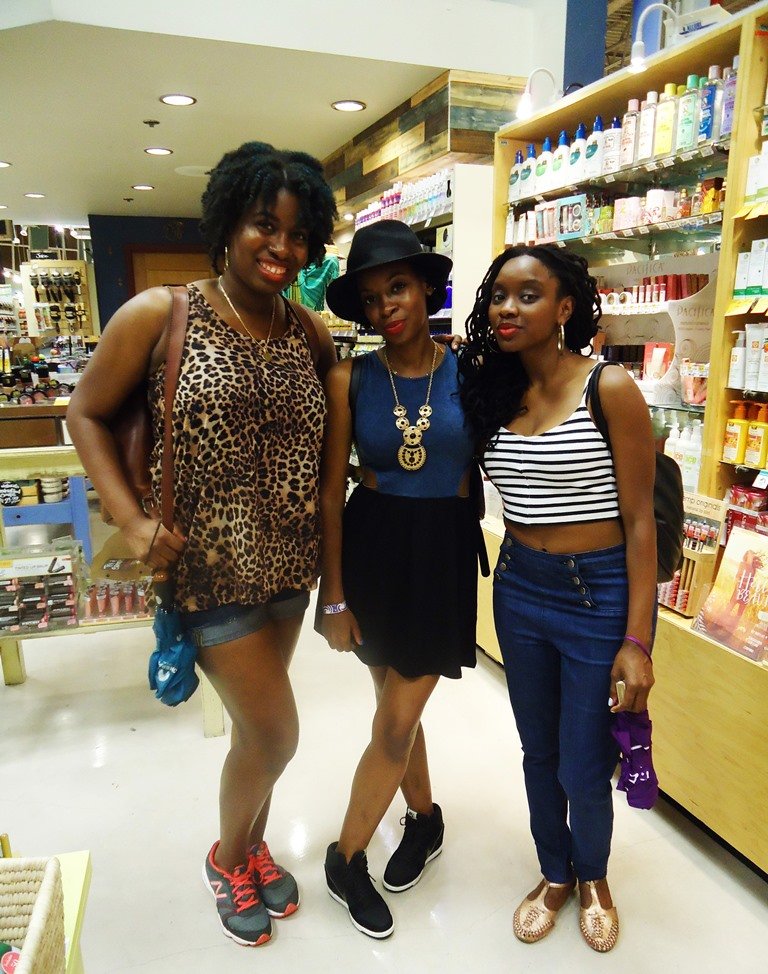 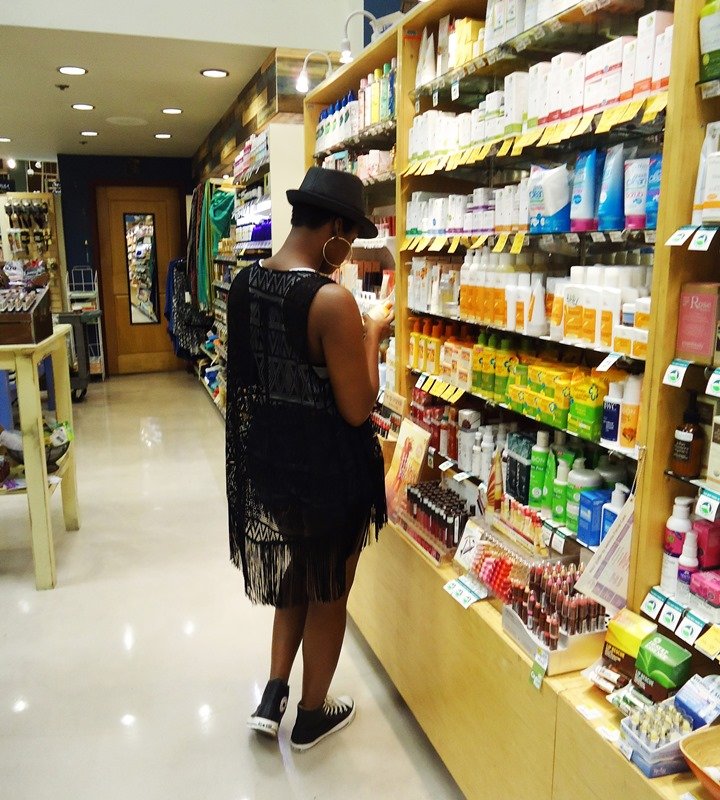 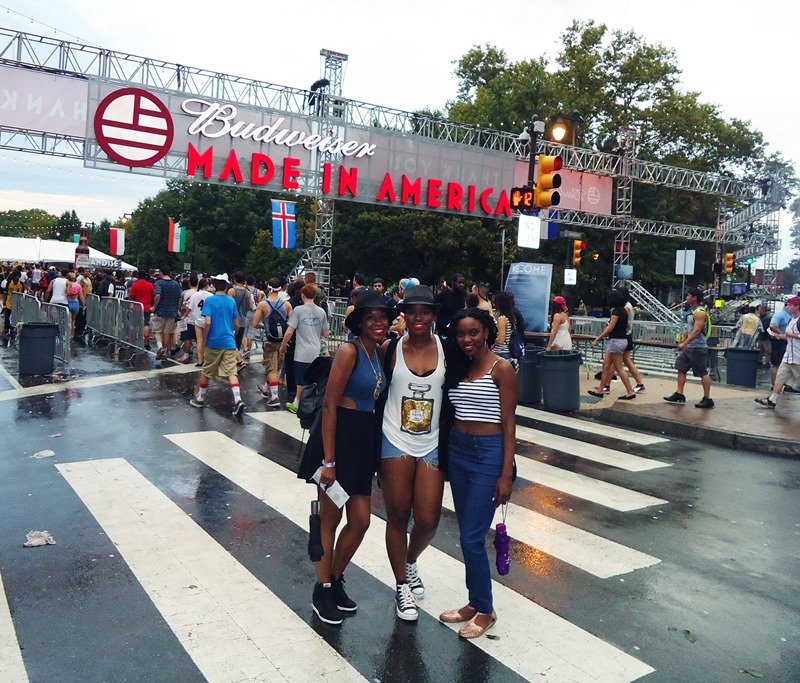 We headed back to the festival when it opened back up and laid out our blanket but that was short lived as it started to pour again and our blanket got soaked as well as our behinds. Lucky the rest of us stayed dry for the most part and we found a spot to chill out until the rain calmed down and eventually stopped. Despite of the rain we were able to enjoy all of the acts that we came to see and all were amazing. 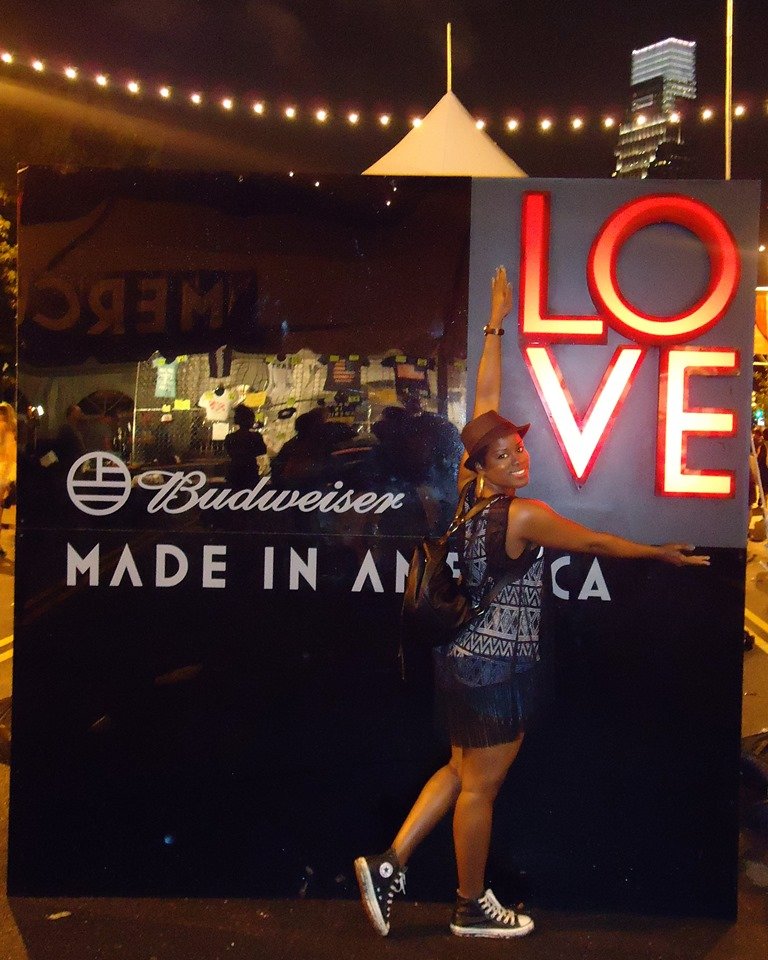 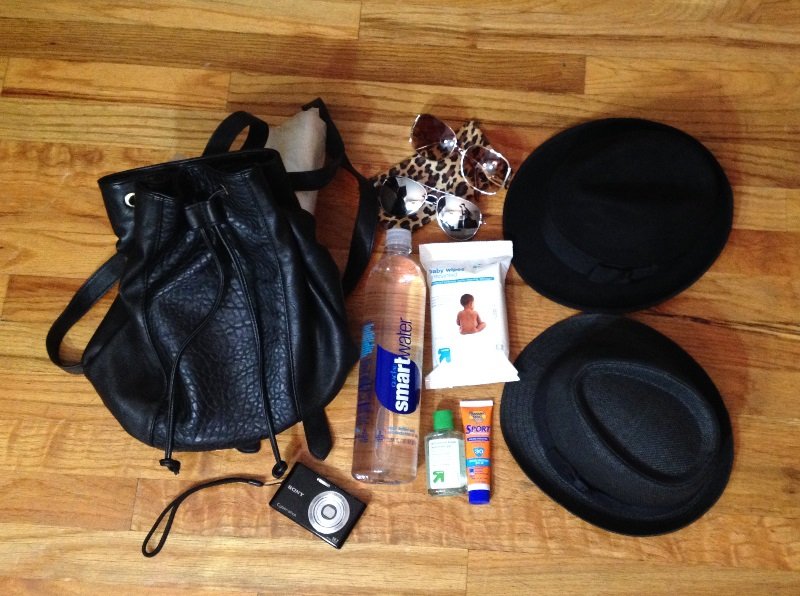 I thought it would be hard being out in the park all day but my faux leather drawstring backpack packed with sunscreen,water, baby wipes, my point and shoot camera along with cash and ID paired with my fedoras and sunglasses got me through the entire weekend. I never felt like I was missing anything. My leather Chucks was the perfect choice in footwear as they stood up well against the mud and kept my feet clean and dry. 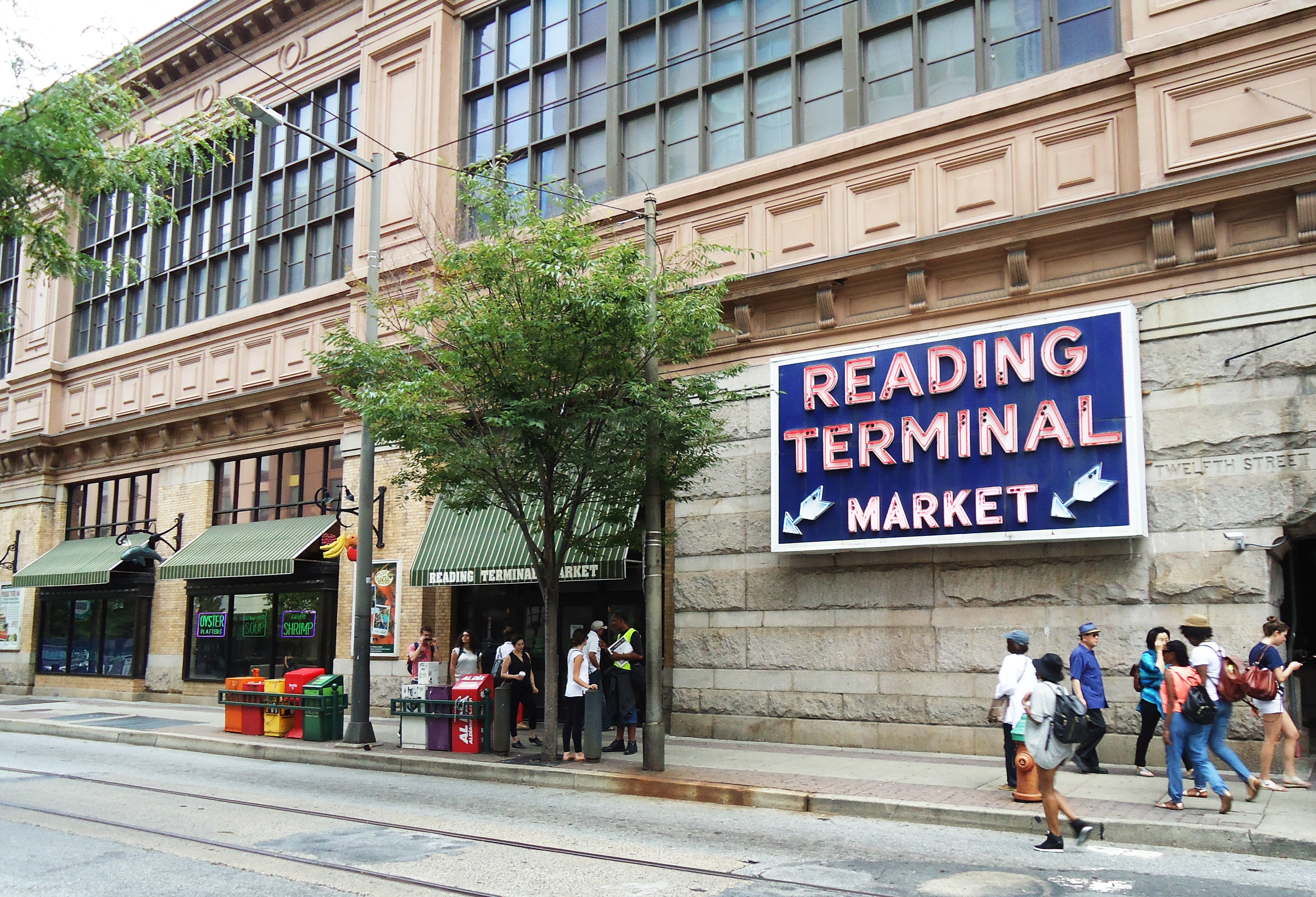 On Monday we headed back to the Reading Terminal Market to eat and get cookies from the Famous 4th Street Cookie Company but it was closed for the holiday so we went roaming around looking for food. We decided on a Mexican spot called Lolita. 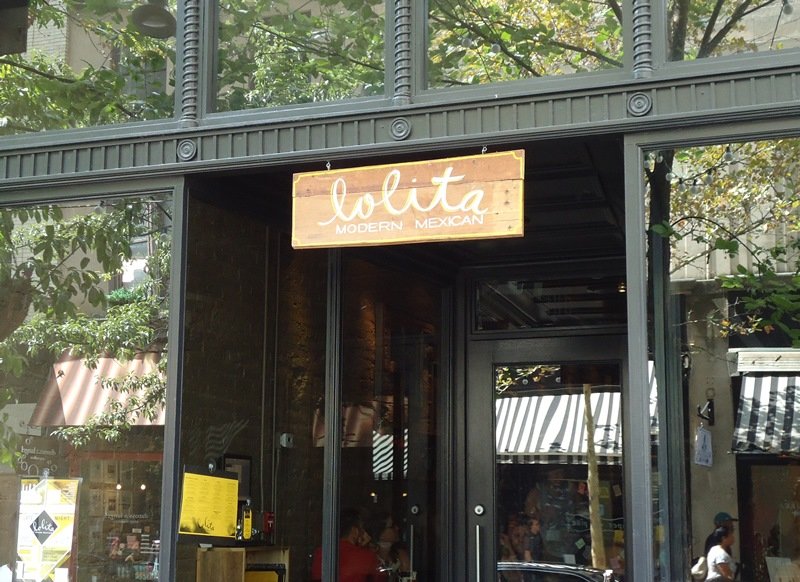 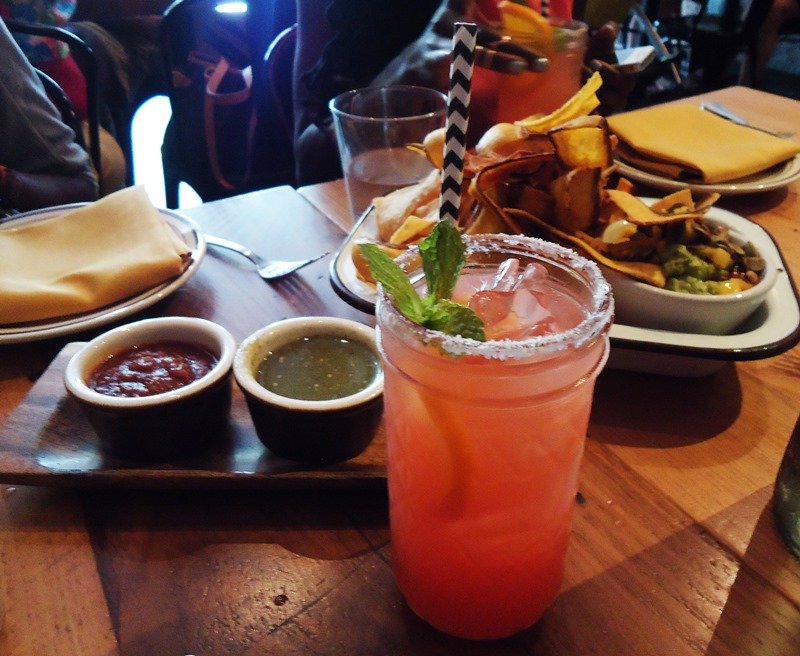 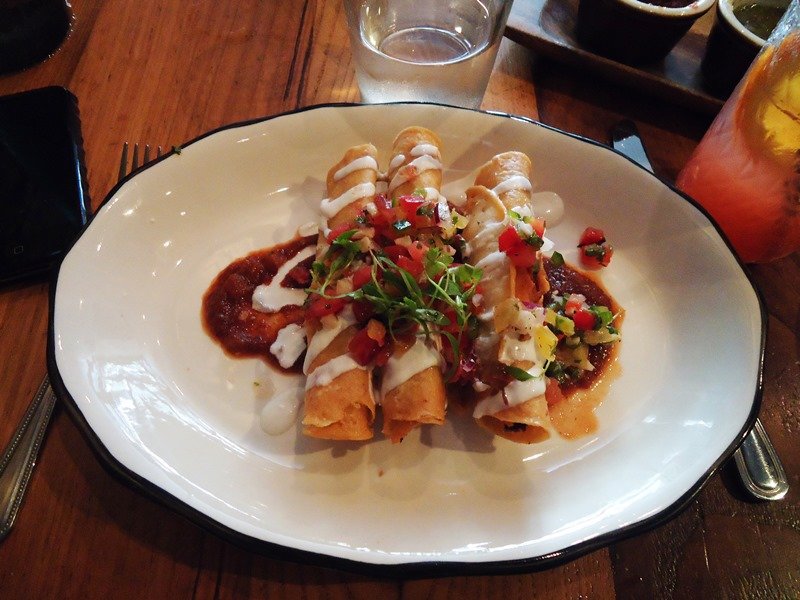 We ordered the Mango Guacamole for the table and I had a Blood Orange Margarita and Chicken Taquitos. Everything was fresh and delicious. We then made a slow trek back to the hotel to get ready to head back to NYC. 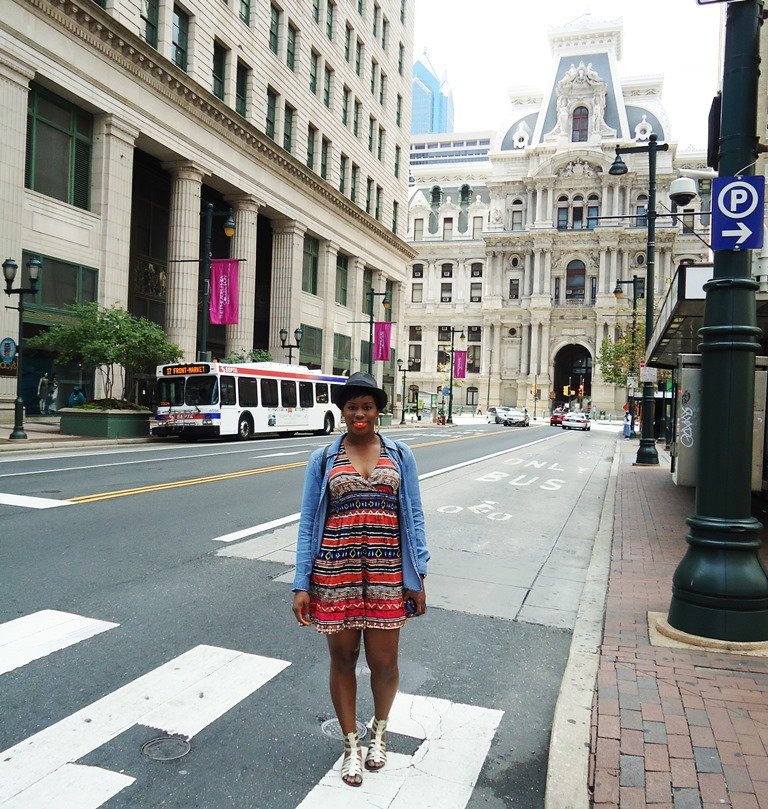 It was a nice little weekend getaway with my girls and it was a lot of fun. We were all exhausted and knocked out on the way back to the city, I’m still recovering. I think we may even do the LA Festival next year. 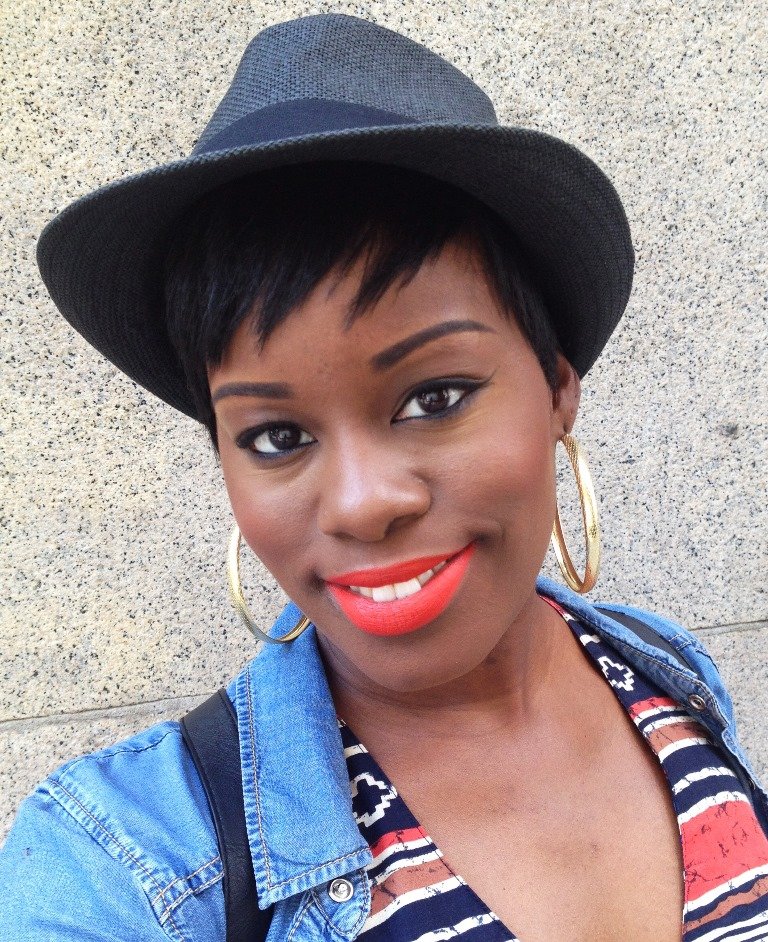 By the way, Monday September 1st was The Glamorous Gleam 5 Year Anniversary, yes 5 years already. I’ll be having a few giveaways to celebrate so stay tuned!

What did you do for the long holiday weekend? 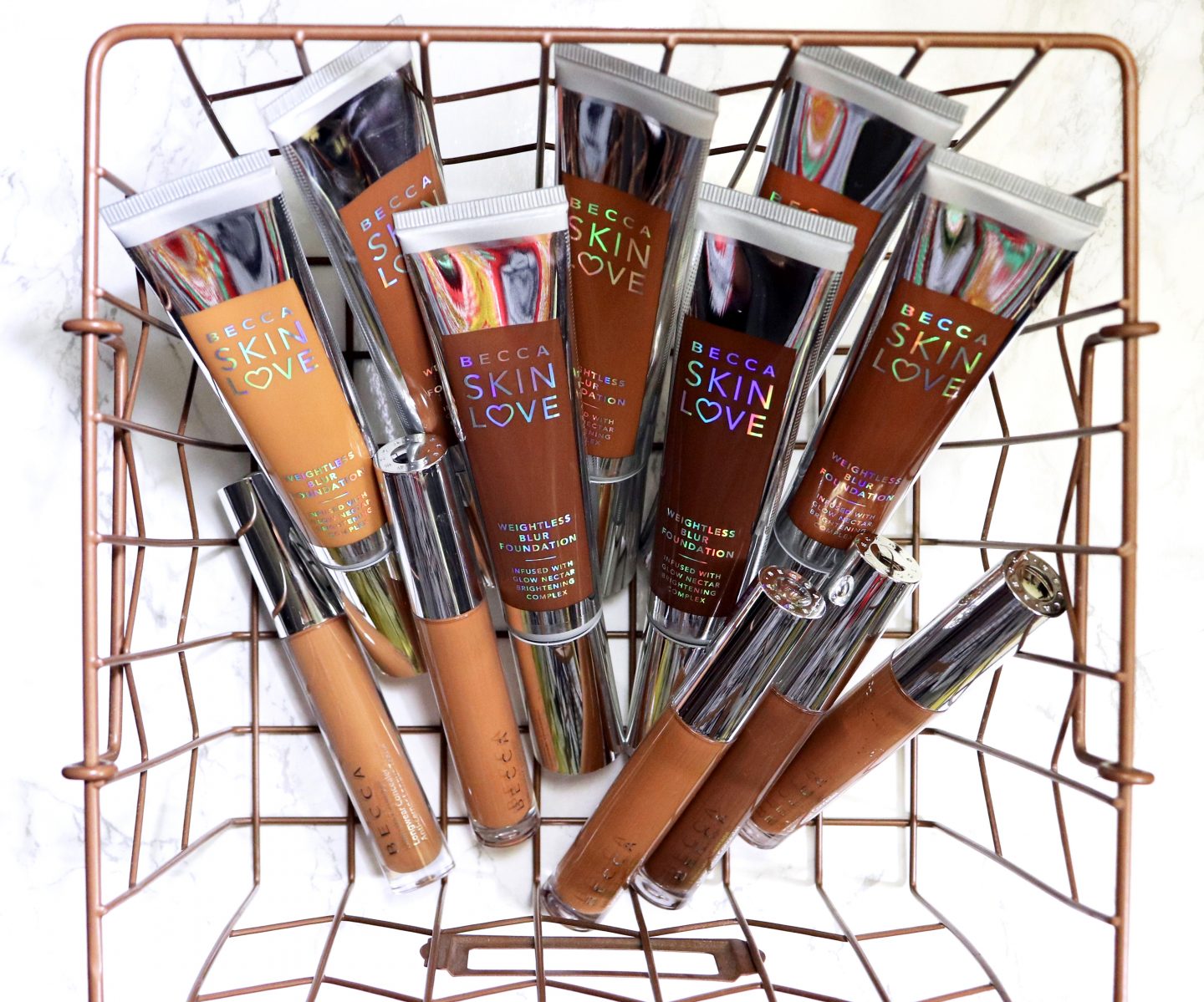 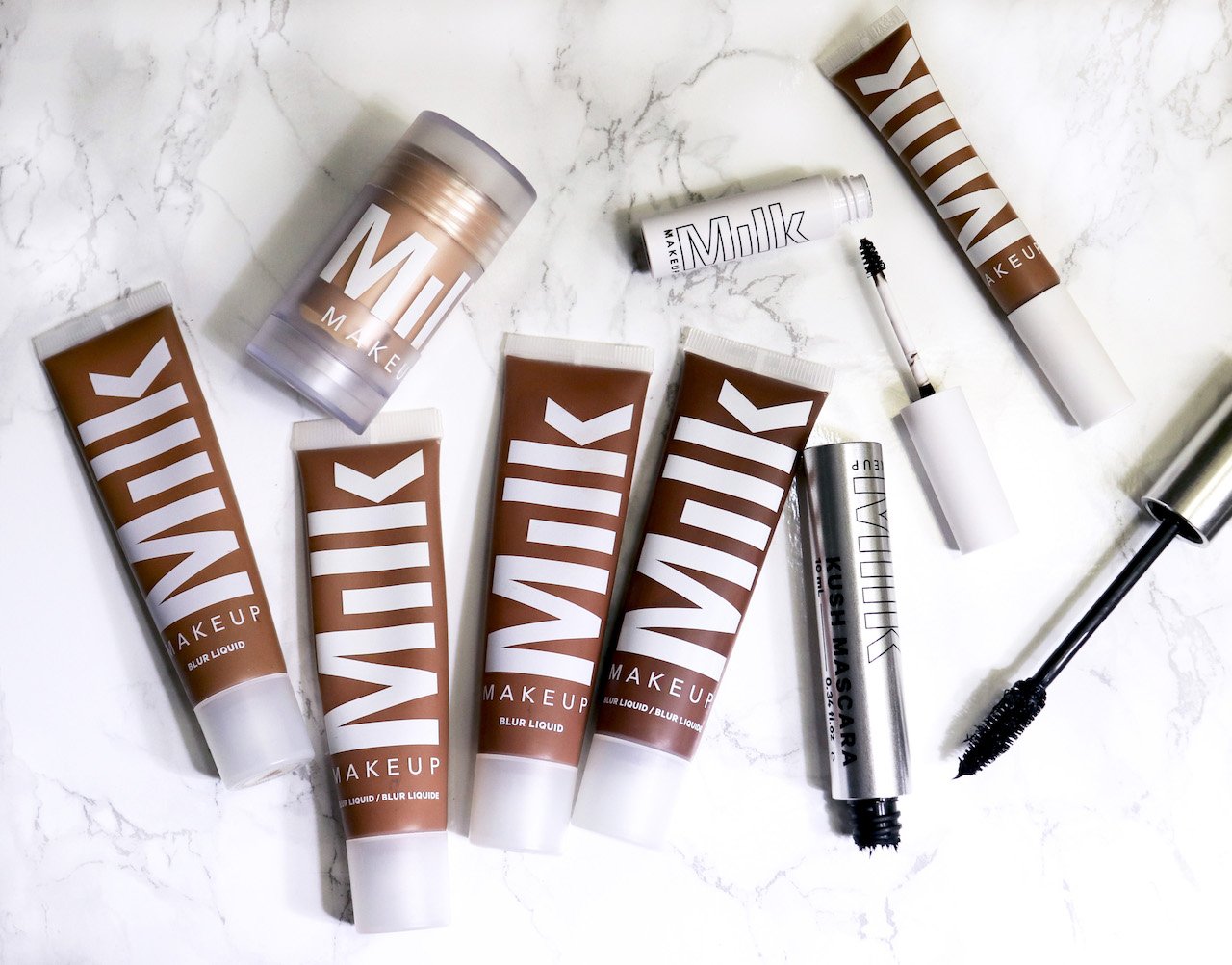 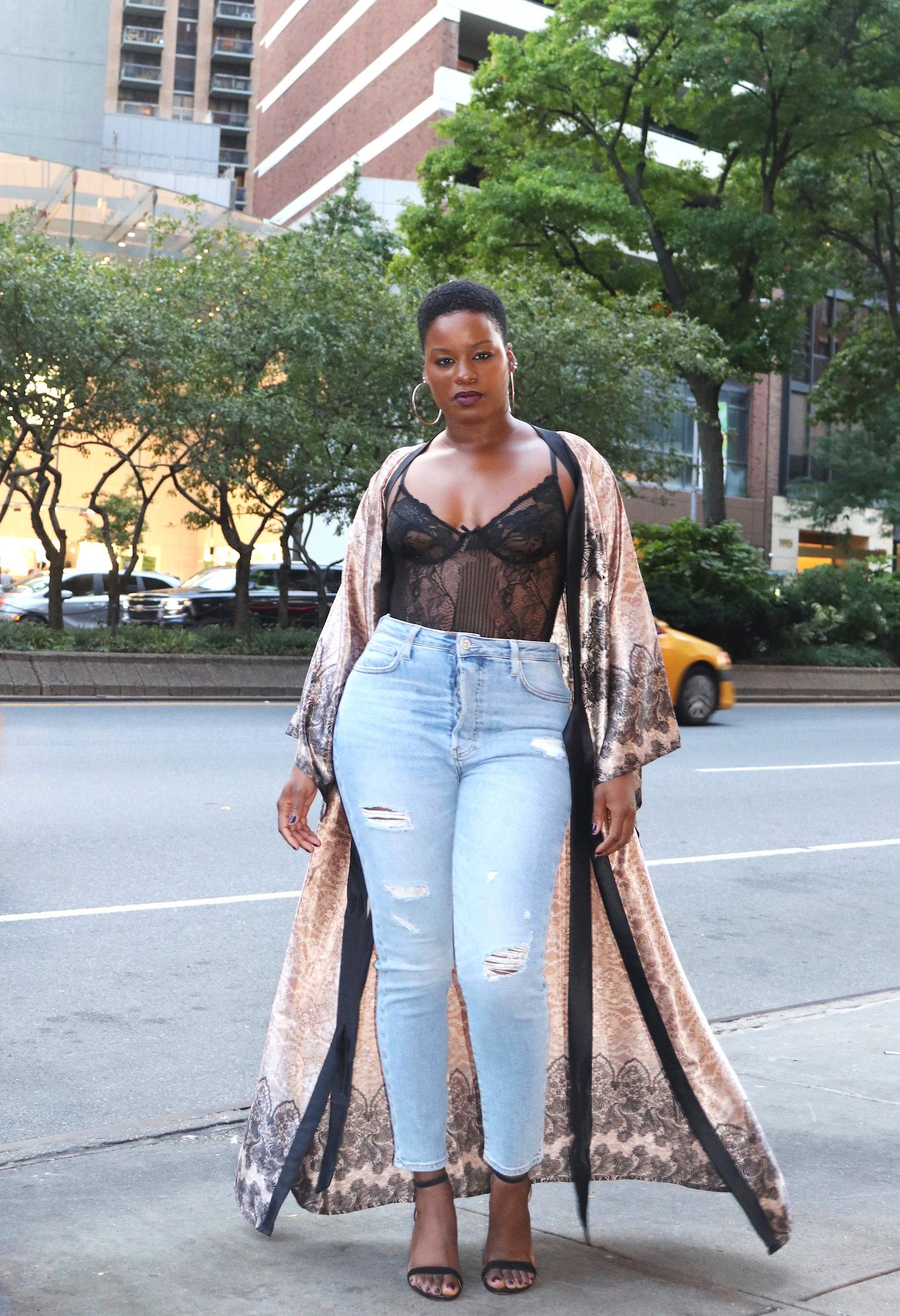 How To Find Your Personal Style 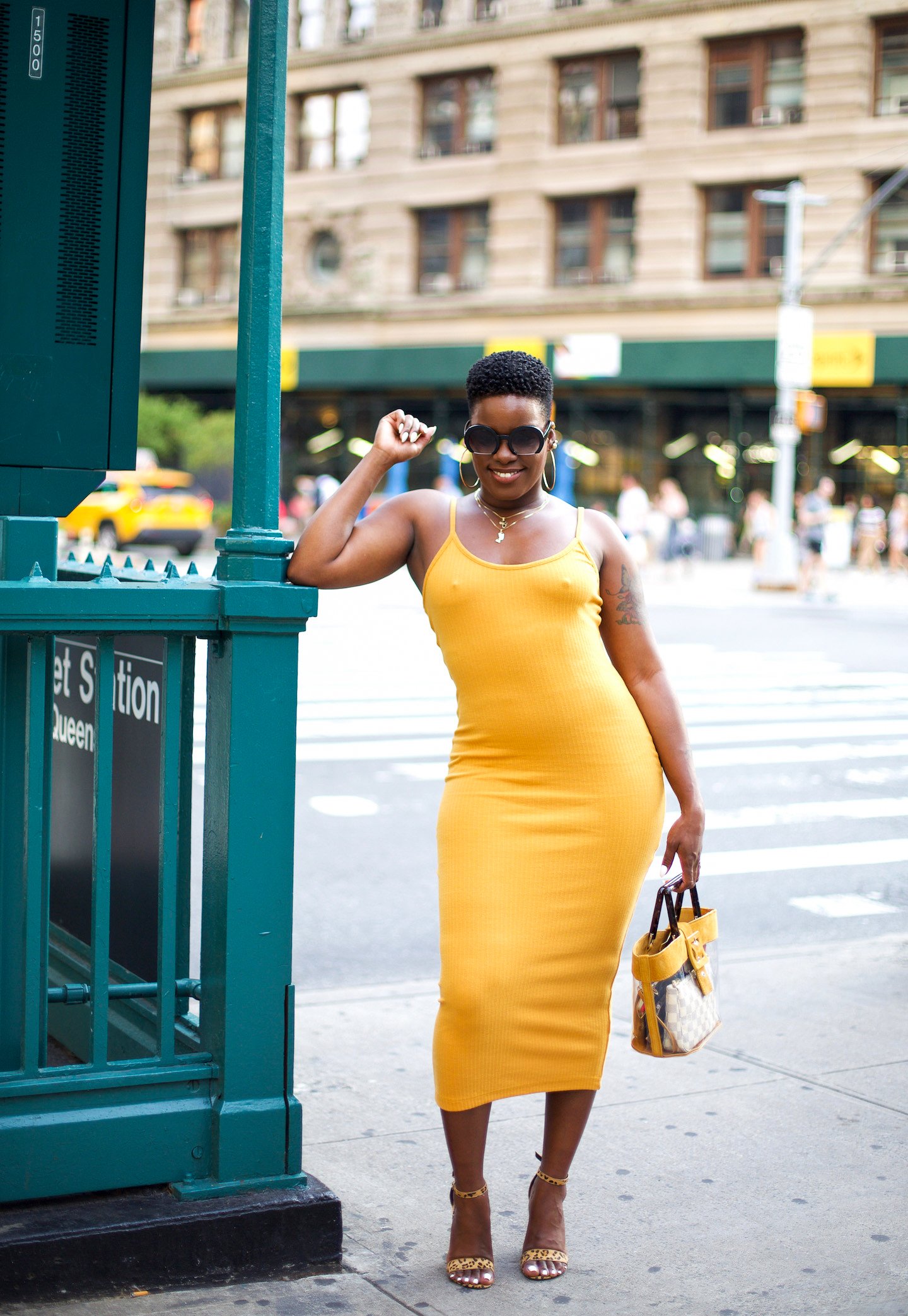