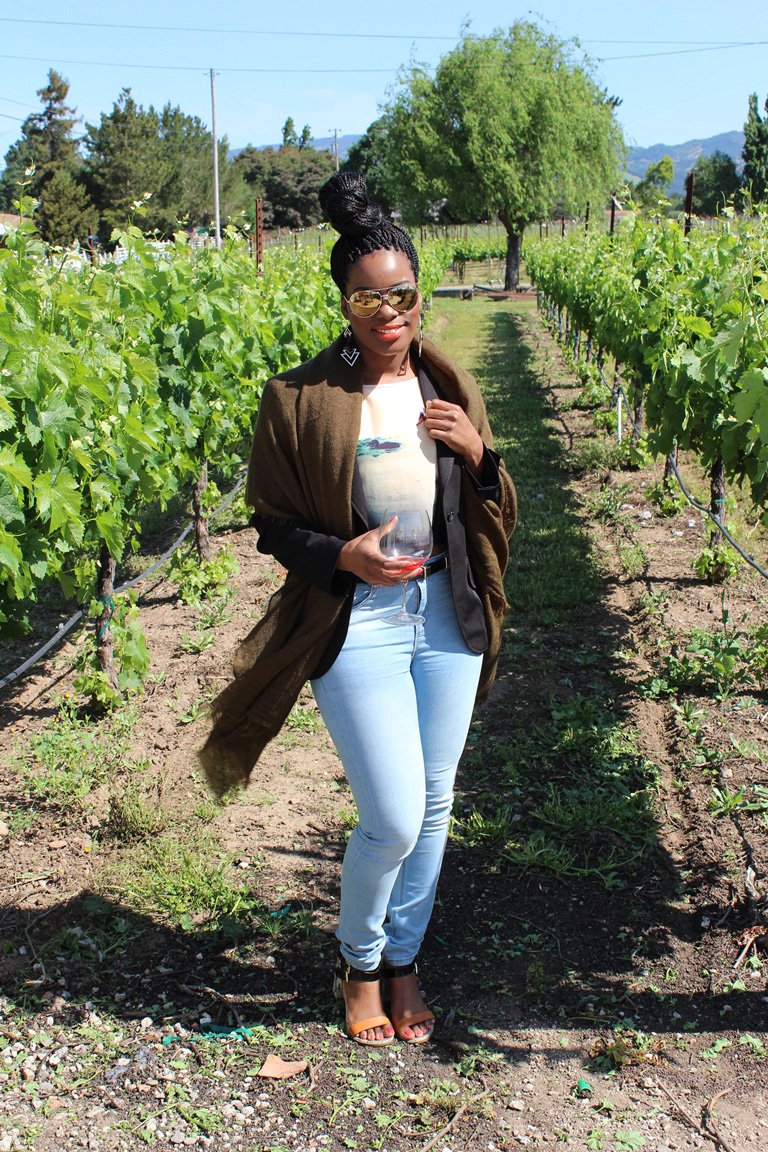 Cali Chronicles | What I Did While In San Francisco

Beach house stay in Alameda, Napa & Sonoma Wine Tours, and some San Francisco fun. I did all of this in one weekend, and you can too. Here's how.

Since it’s Throwback Thursday I’m going to take it back a few weeks and give you guys a snippet from my mini vacay to Cali. I headed out to San Francisco a few weeks ago to celebrate my boyfriend cousin’s 30th birthday. This was my first time visiting California. We rented a beach house in Alameda and had ourselves a good old time. We were able to squeeze a lot into a short trip. On Friday night we pretty much chilled out and relaxed after a grocery run until it was time to hit the nightlife scene. Can’t remember the name of the bar that we went to and I didn’t take any pics (Which is fine by me as I can wear my outfit again sooner. Hmph.) On Saturday we got up bright and early for a trip to Napa & Sonoma Valley for wine tasting.  Here’s a recap of my Cali Chronicles. First stop– Peter Cellars winery. 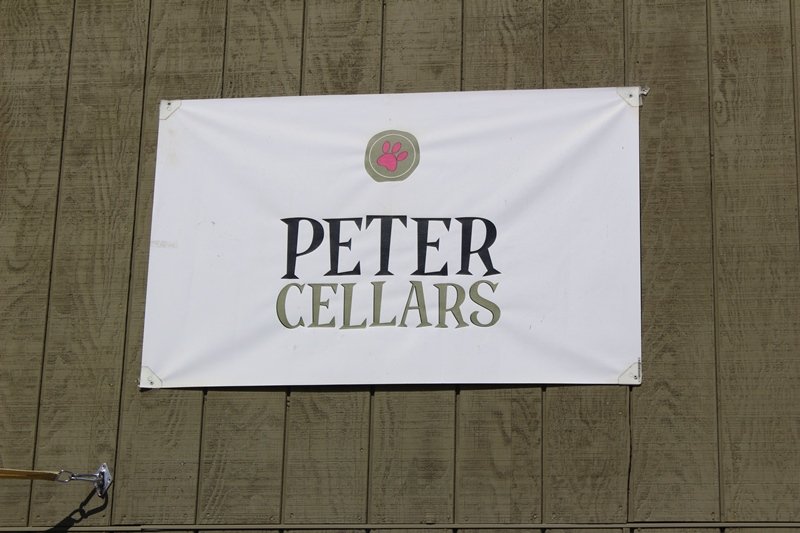 No I won’t go into details about notes and what not because as much as I love to drink me some wine that’s as far as my love goes. So know that I will not be giving details about the wine except that it was good. I’m not a wine connoisseur you know :). Next up we visited Roche which also had some very good wine. One variety did stand out to me though as it was infused with spices and I loved it. 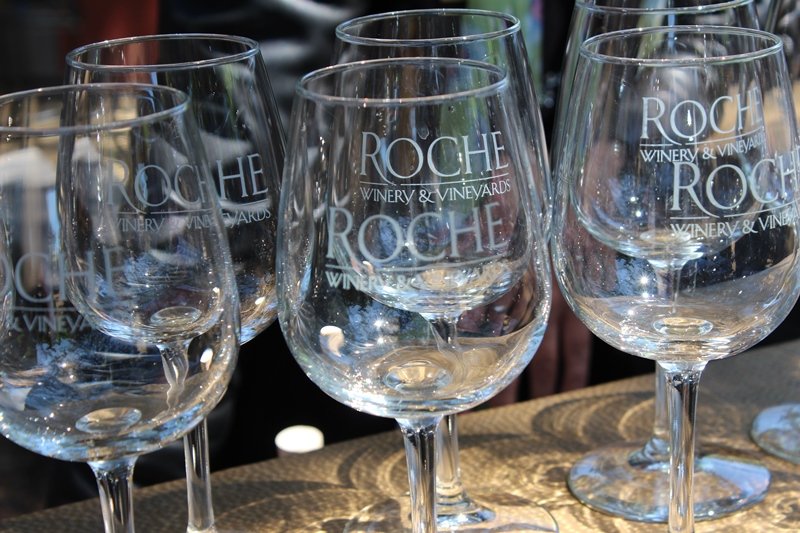 After Roche we took a lunch break and stopped at a Mexican restaurant named Maya that had pretty bland food. I was completely underwhelmed along with most of the others in the group. 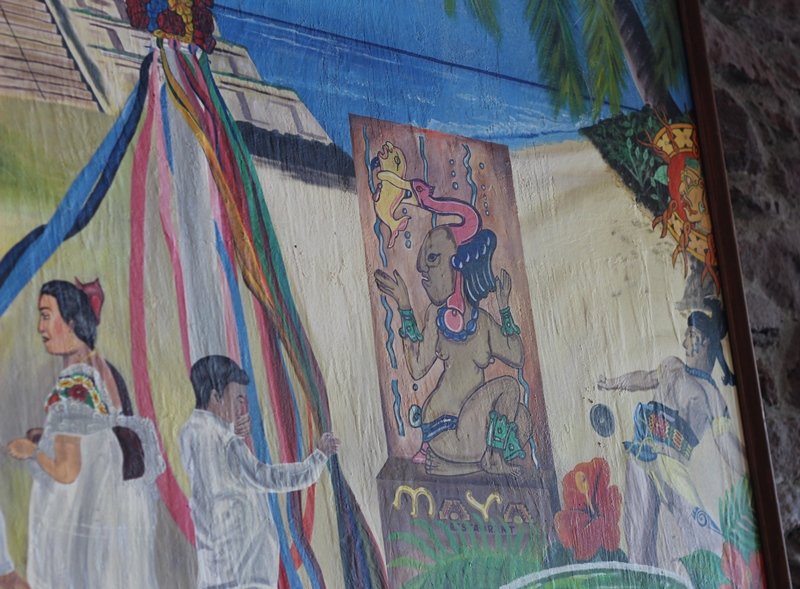 We finished off the trip with a visit to Cline which was my favorite winery. It was huge, the grounds were beautiful and best of all they took us on an actual tour of the facilities and shared some of their history. On top of that they had pretty good wine as well. I really enjoyed it. 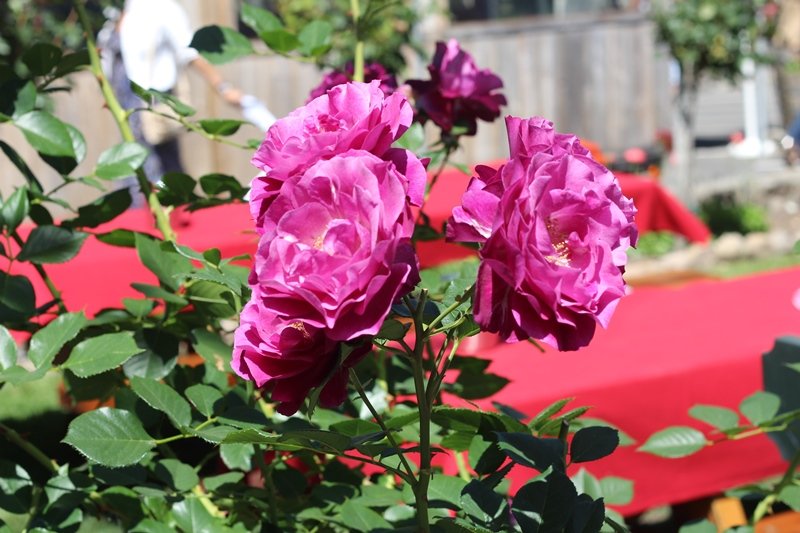 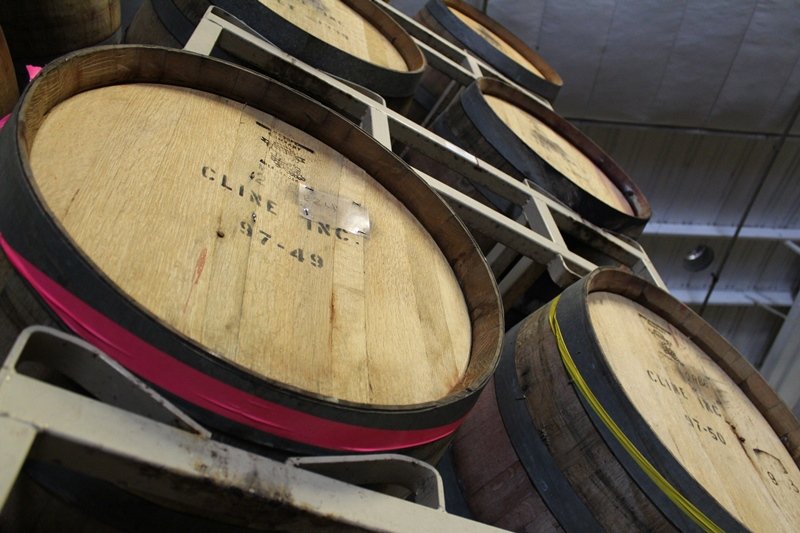 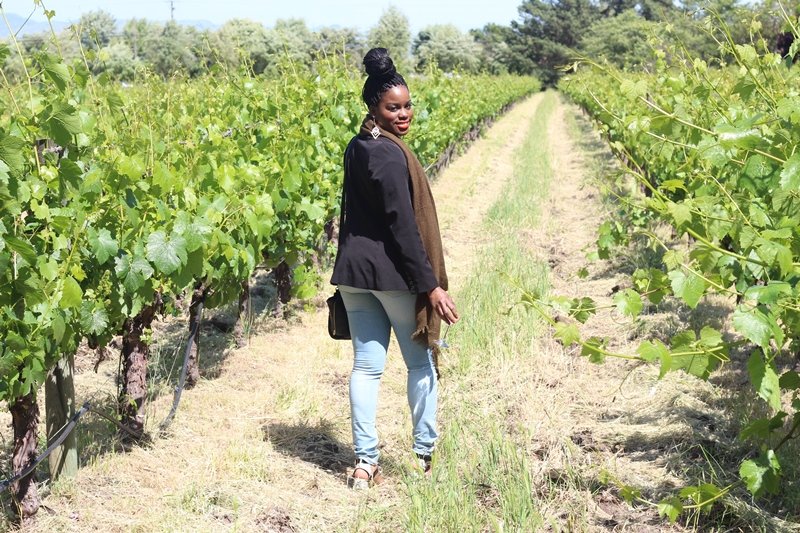 That night we had dinner in San Francisco down in Fisherman’s Wharf at a place called Pompei’s Grotto. 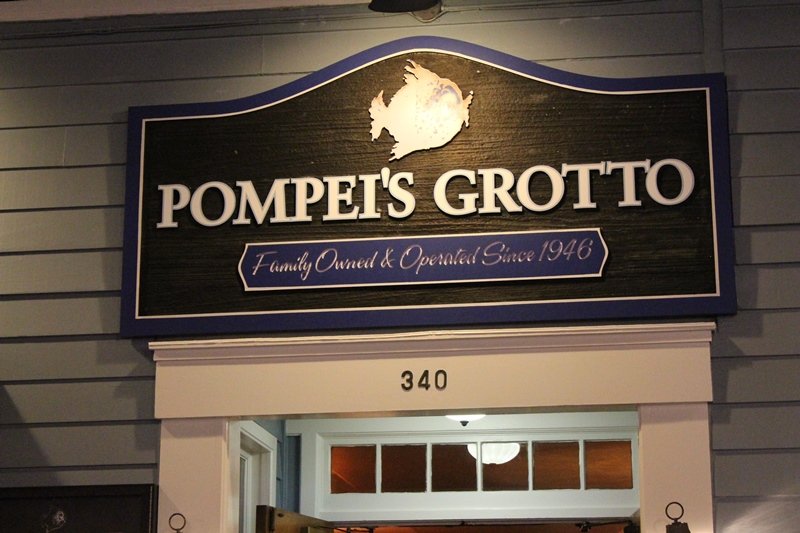 The food was delicious, nice and fresh. I had some grilled shrimp & scallops that were divine along with grilled vegetables and roasted potatoes. 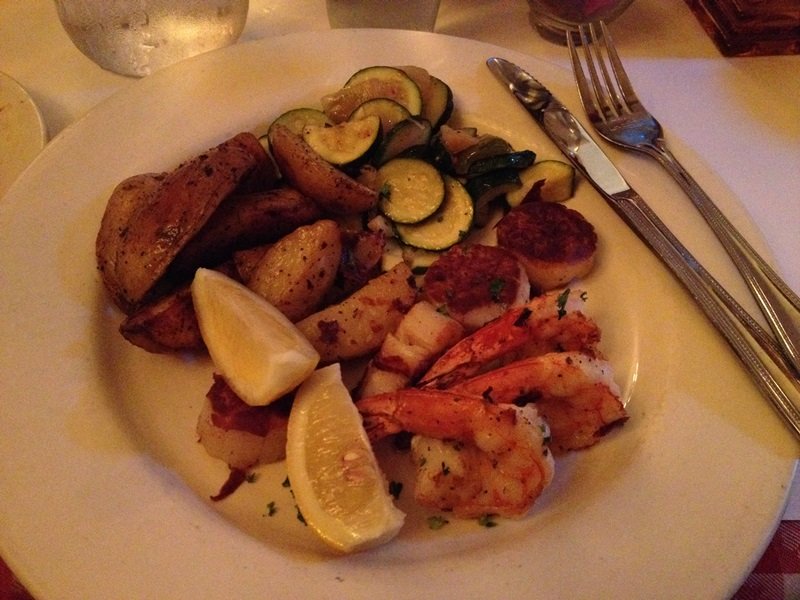 On Sunday a group of us headed back to San Francisco and had brunch at a restaurant called Little Skillet that had amazing chicken and waffles. I tried the shrimp and cheddar grits as well but it was just okay along with the dry corn muffins. 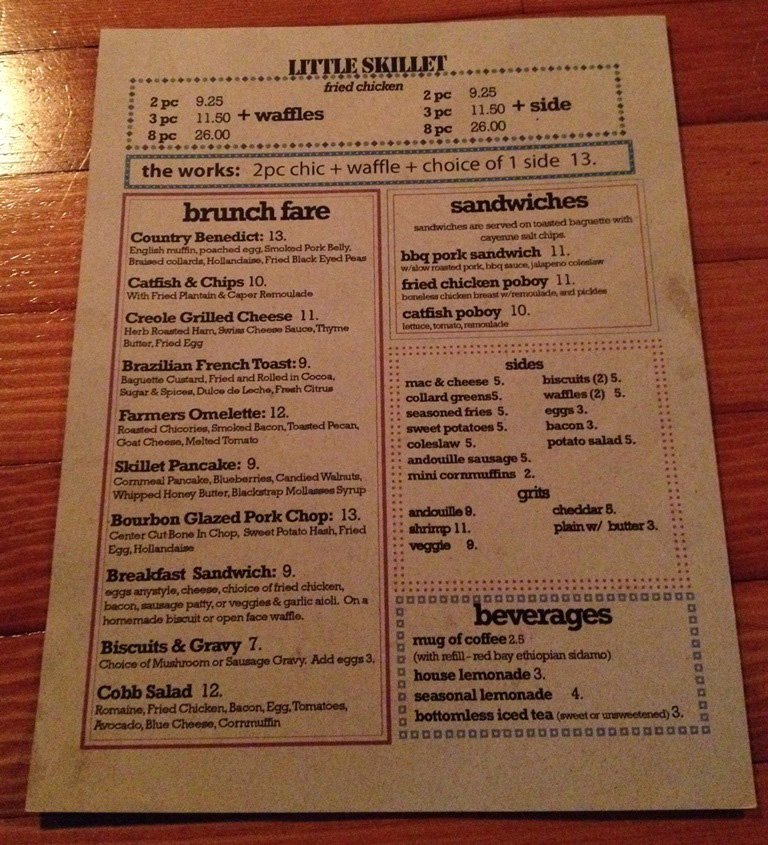 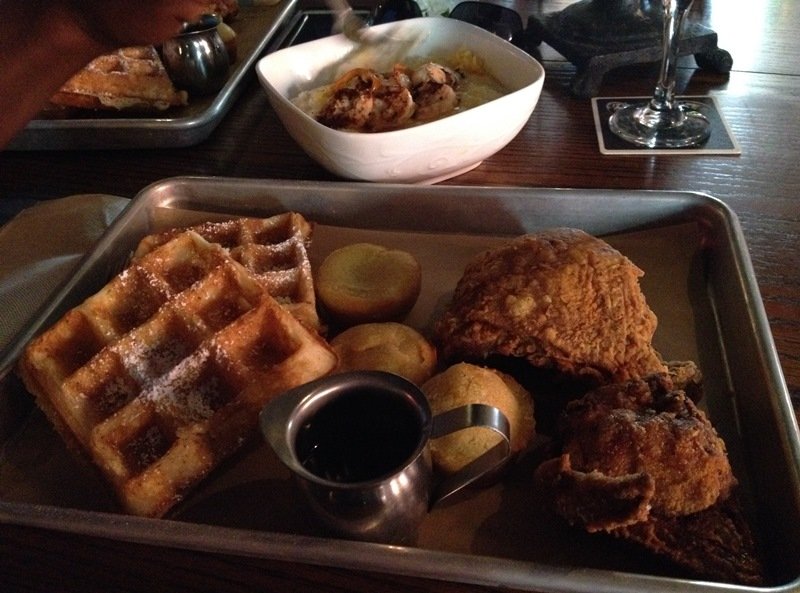 We took a walk to a Philz Coffee Shop which appears to be a popular chain out there and I fell in love with the Gingerbread Iced Coffee. Yum. 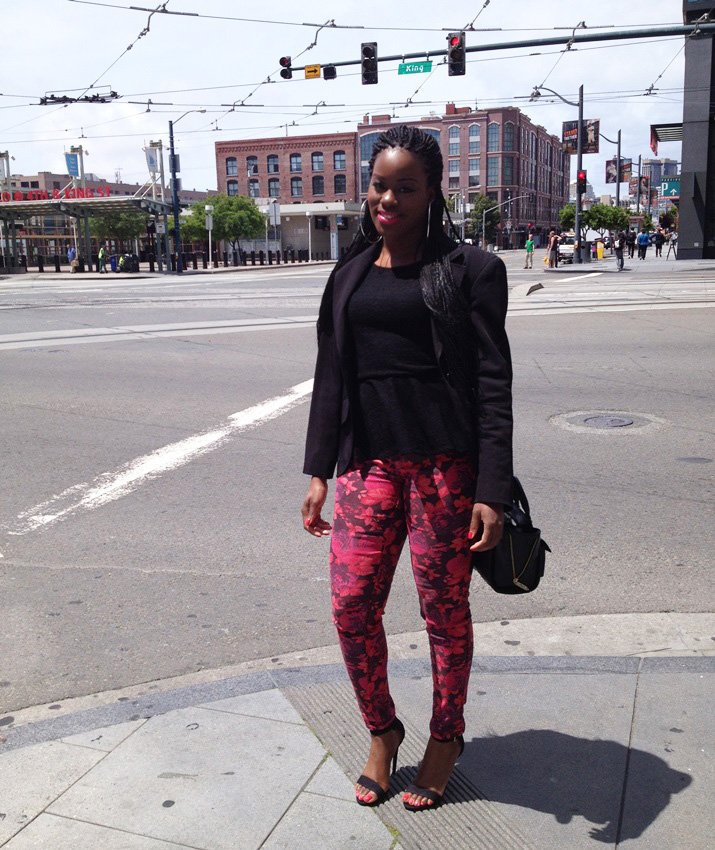 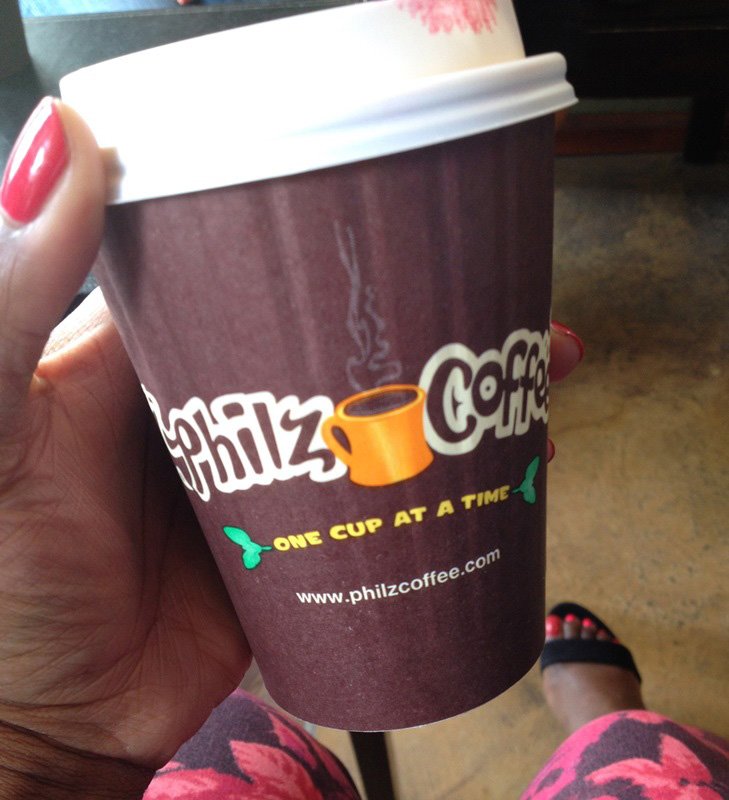 After that we headed back to the house and had a BBQ for the birthday girl which was lots of fun. The back yard had a deck on the lake and that was my favorite spot to relax. I would go out there and read my book or just meditate and stare out over the water. It was so serene. 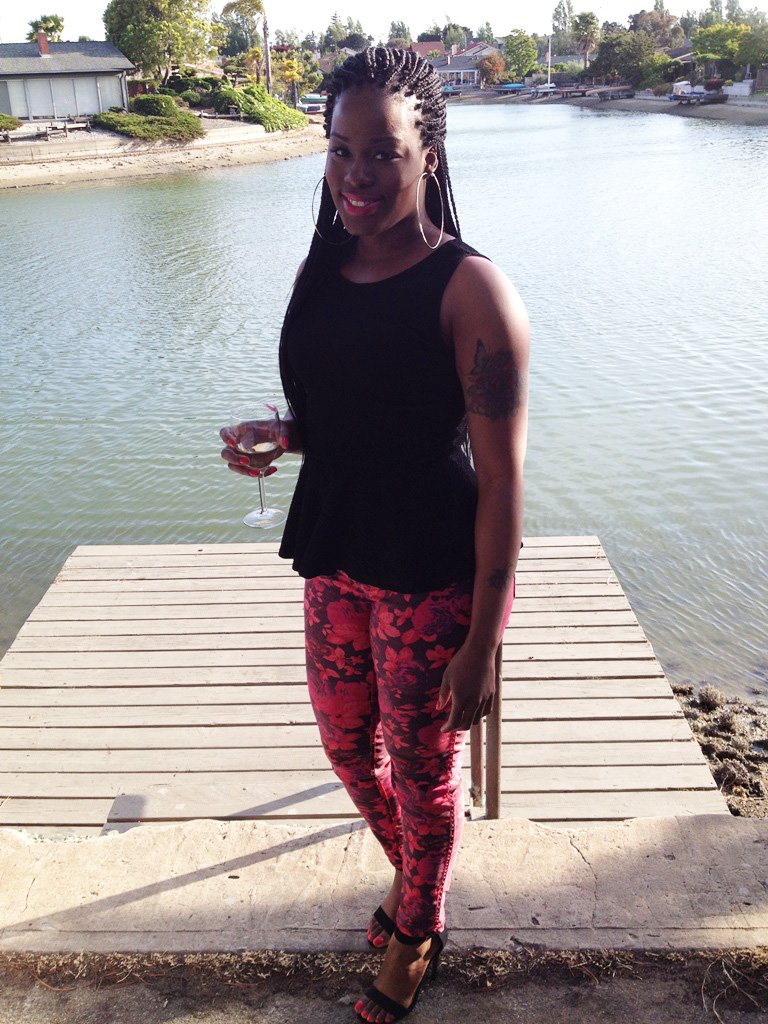 Bright and early on Monday we headed out to get some sight seeing done. First stop, the Muir Woods. We stopped on the side of the road on the way there to take in the view. It was beautiful… 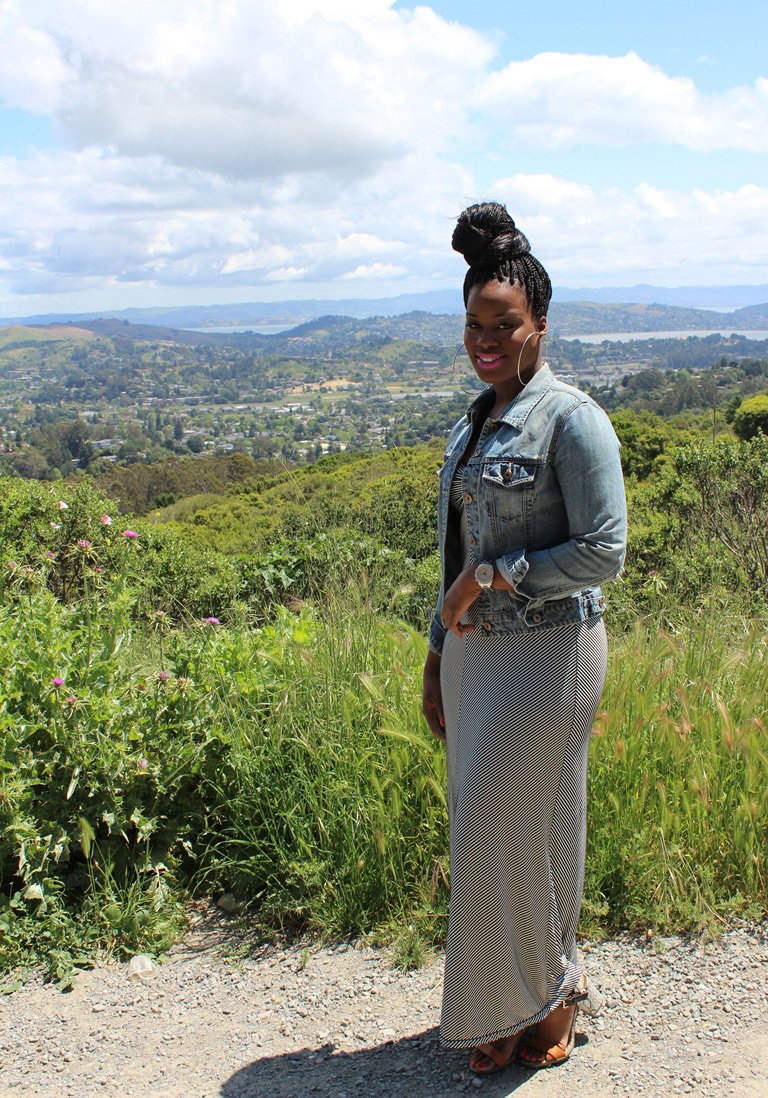 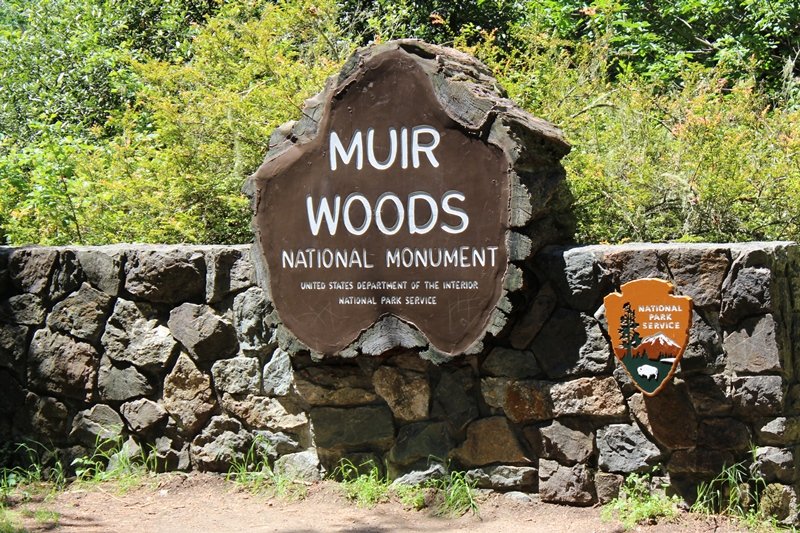 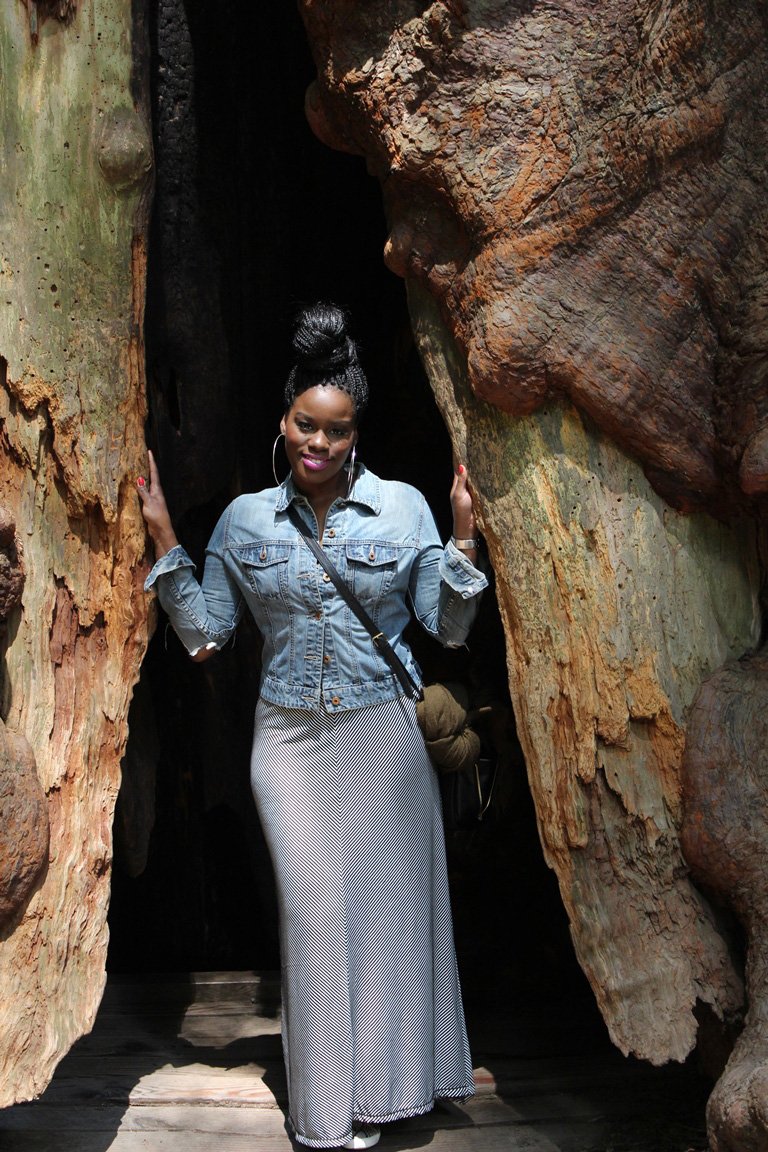 We then visited The Golden Gate Bridge on the Marin County Side, drove across to take in the sights on the other side and then walked partway across. We were too tired to take the entire trip. 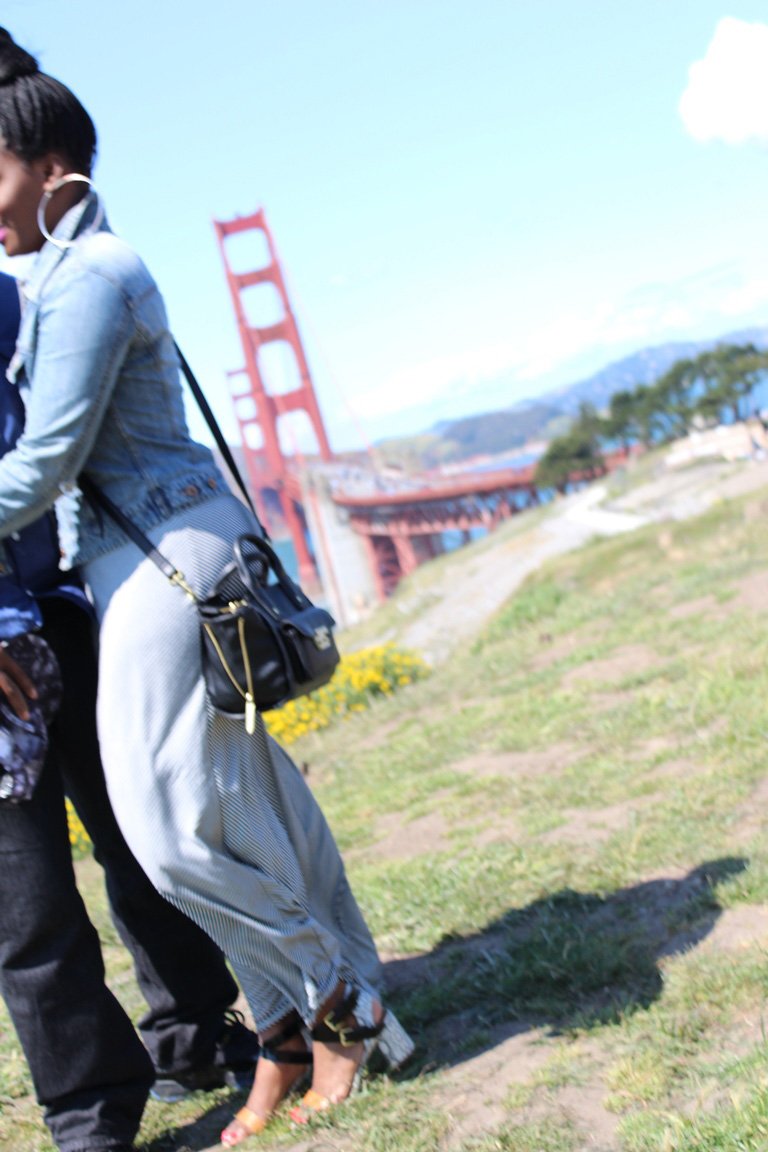 From there we checked into Hotel Nikko, a beautiful hotel in Union Square San Francisco. We sat down all but five minutes before we headed back out and ate dinner at Ryoko’s then hopped on the cable cars to Lombard St. It is FREEZING in San Francisco at night. Geesh! 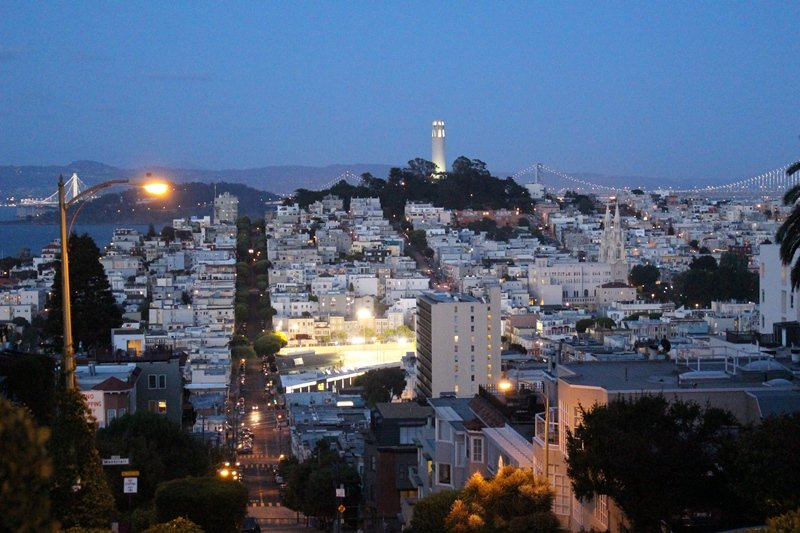 We then took the cable car down to Fisherman’s Wharf and walked around Pier 39. Unfortunately it was late and everything was closed but we wanted to go anyway. We went to see the sea lions but since it was so dark we could barely see them but could hear them very well. They are loud! 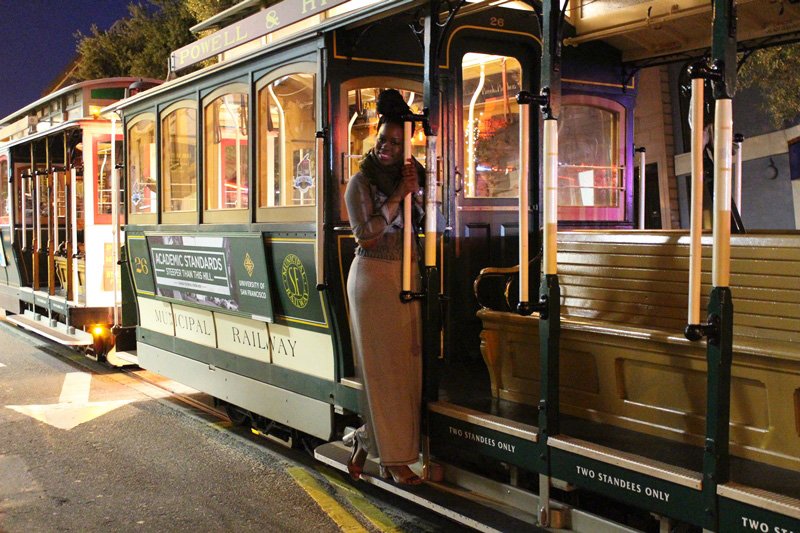 On Tuesday we headed out early to get some last sights in before heading to the airport. I got a quick selfie out the door of course… 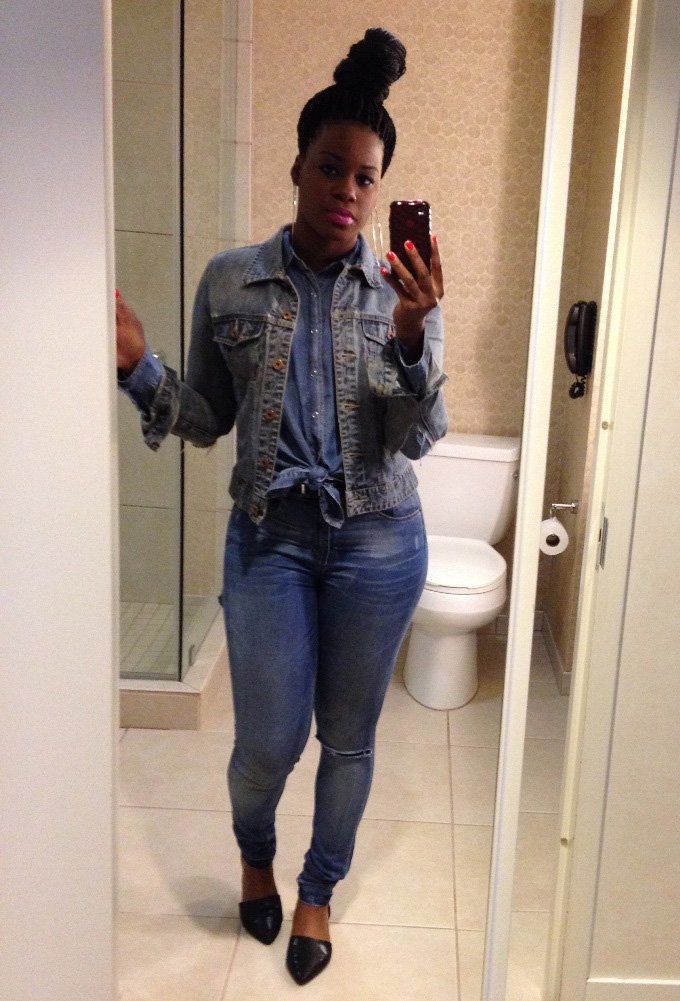 We headed to the Painted Ladies (the Full House house) first but drove past and didn’t stop as they were under construction so no pictures. From there we headed to Mama’s on Washington Square to get breakfast as it was supposed to be the best place in town. We arrived to find a line spanning the block… 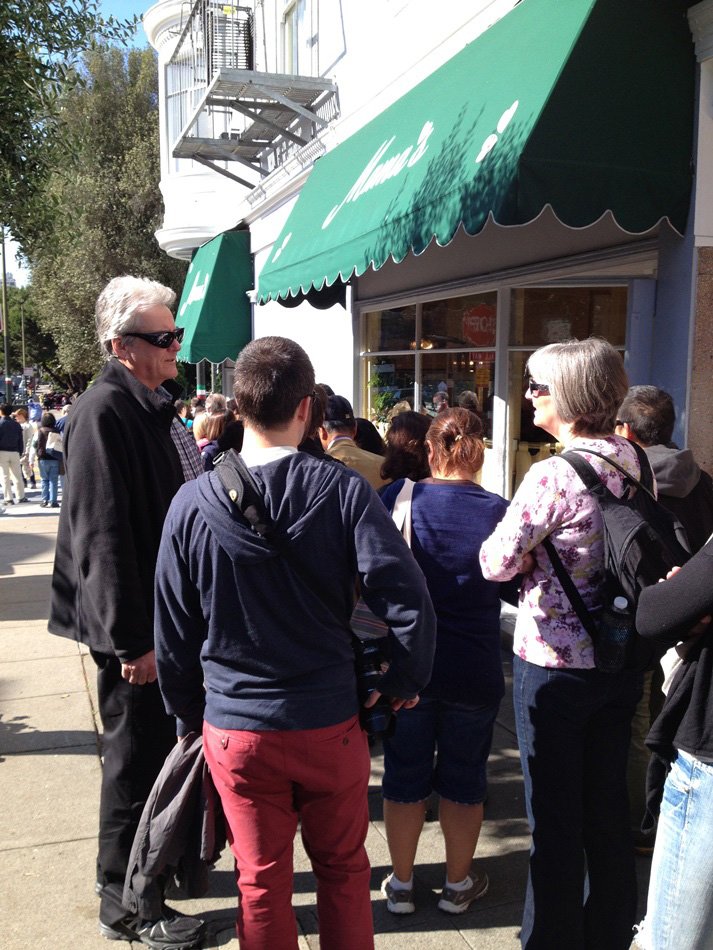 We decided to wait anyway since we were already there and wait we did for at least two hours. It went by fast for me as I was too busy trying to decide on what to eat. I am horrible when it comes to picking food. When we finally got in the door we realized that there was another long line but it moved quickly. 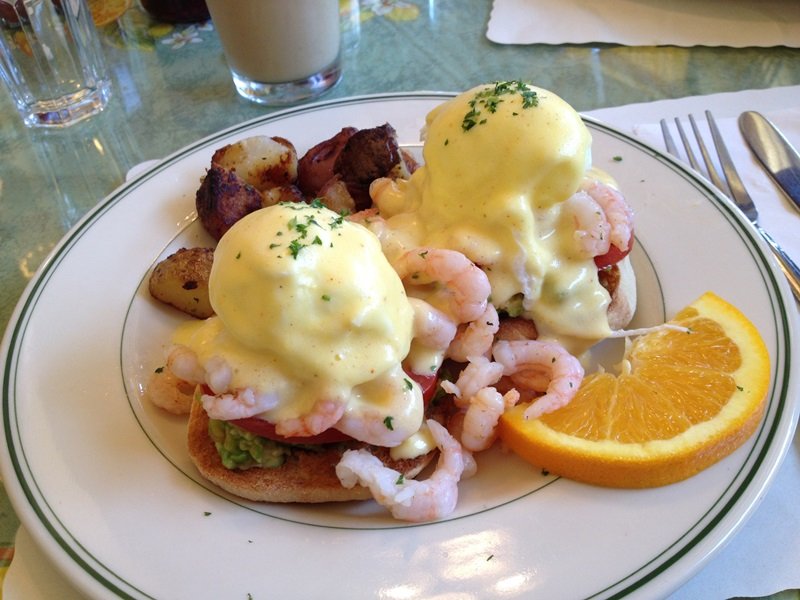 I ordered the Shrimp & Avocado Benedict while my boyfriend had the Dungeness Crab Omelet. We also ordered some French Toast to try. Everything was delicious! 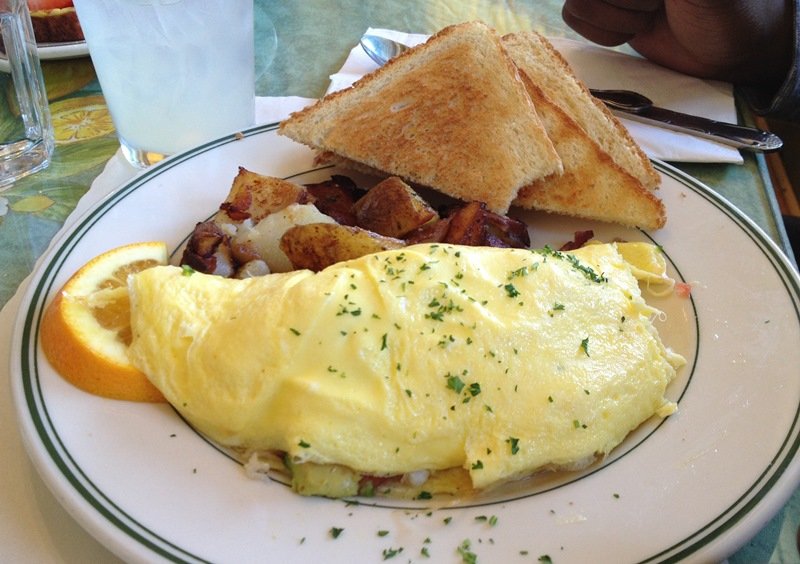 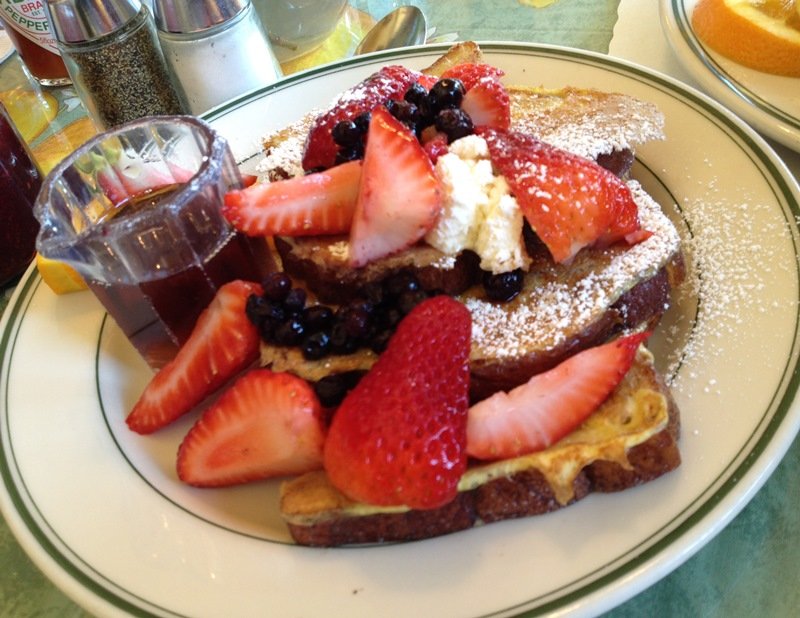 Whew that was long. Even the condensed version, and yes I do realize that it will be Friday by the time you guys see this lol. It was nice to get away and relax for a few days all while enjoying good food, drinks and company. San Francisco was beautiful and I definitely plan to go back to Cali. Next stop, LA! 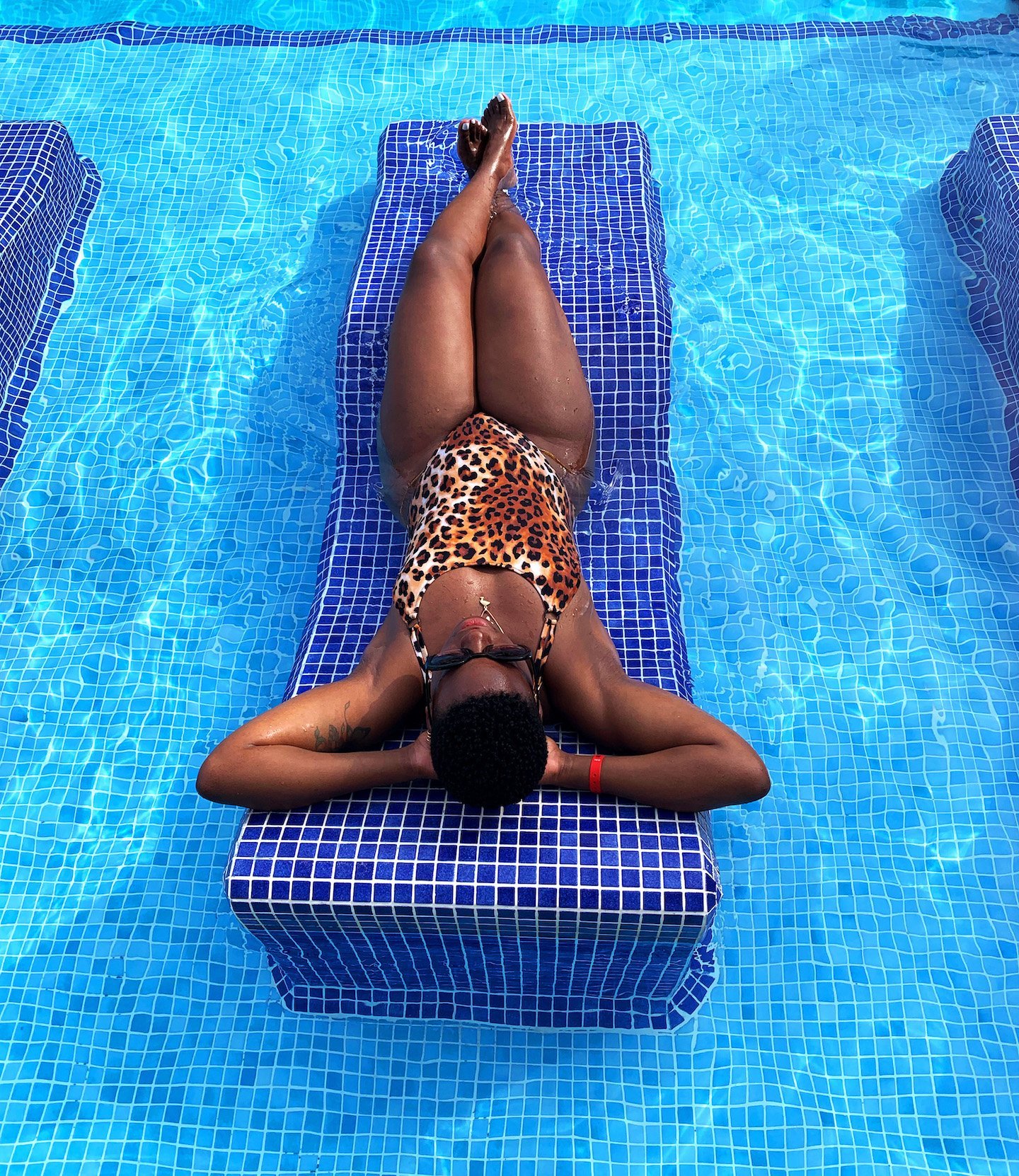 All The Swimsuits To Take On Your Next Vacation 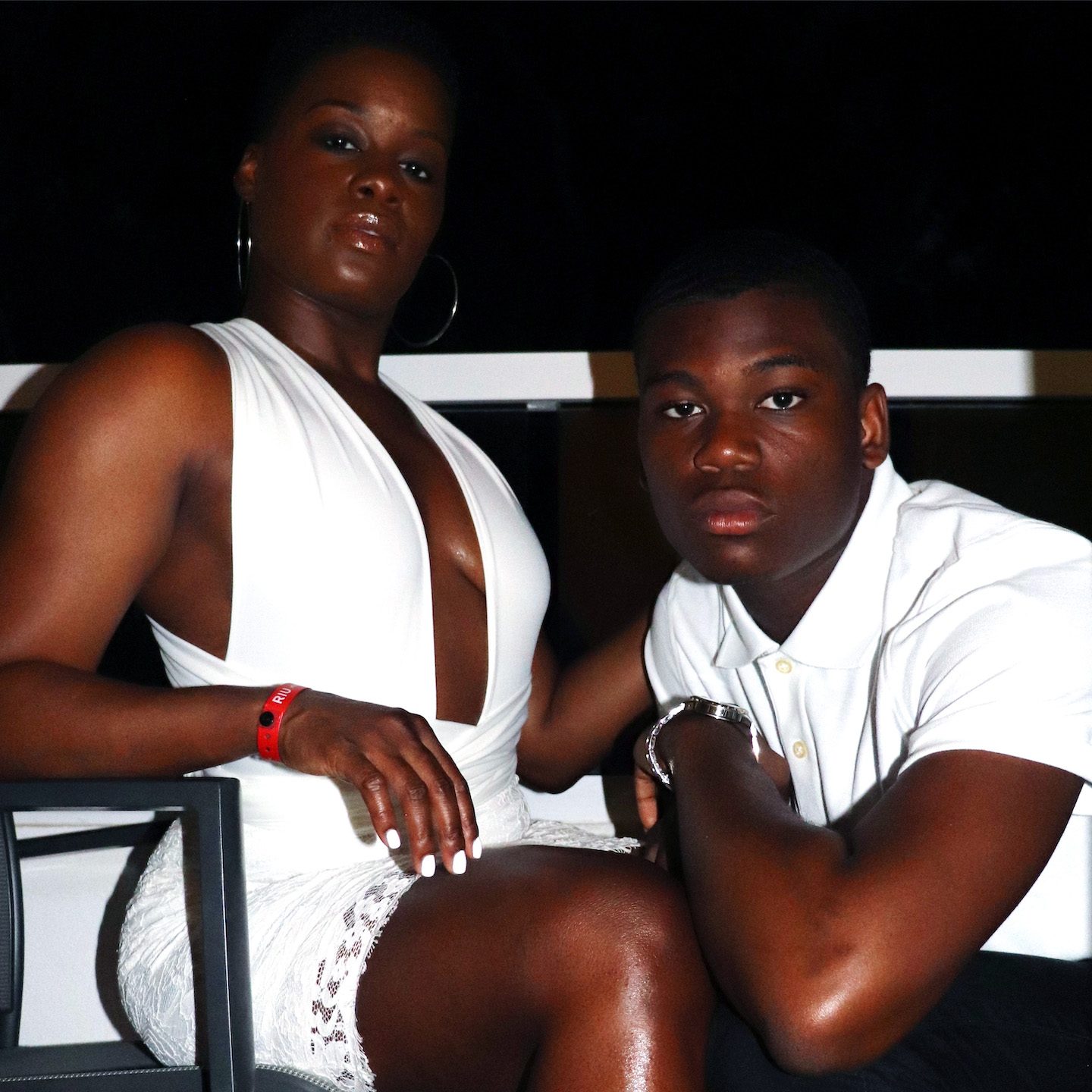 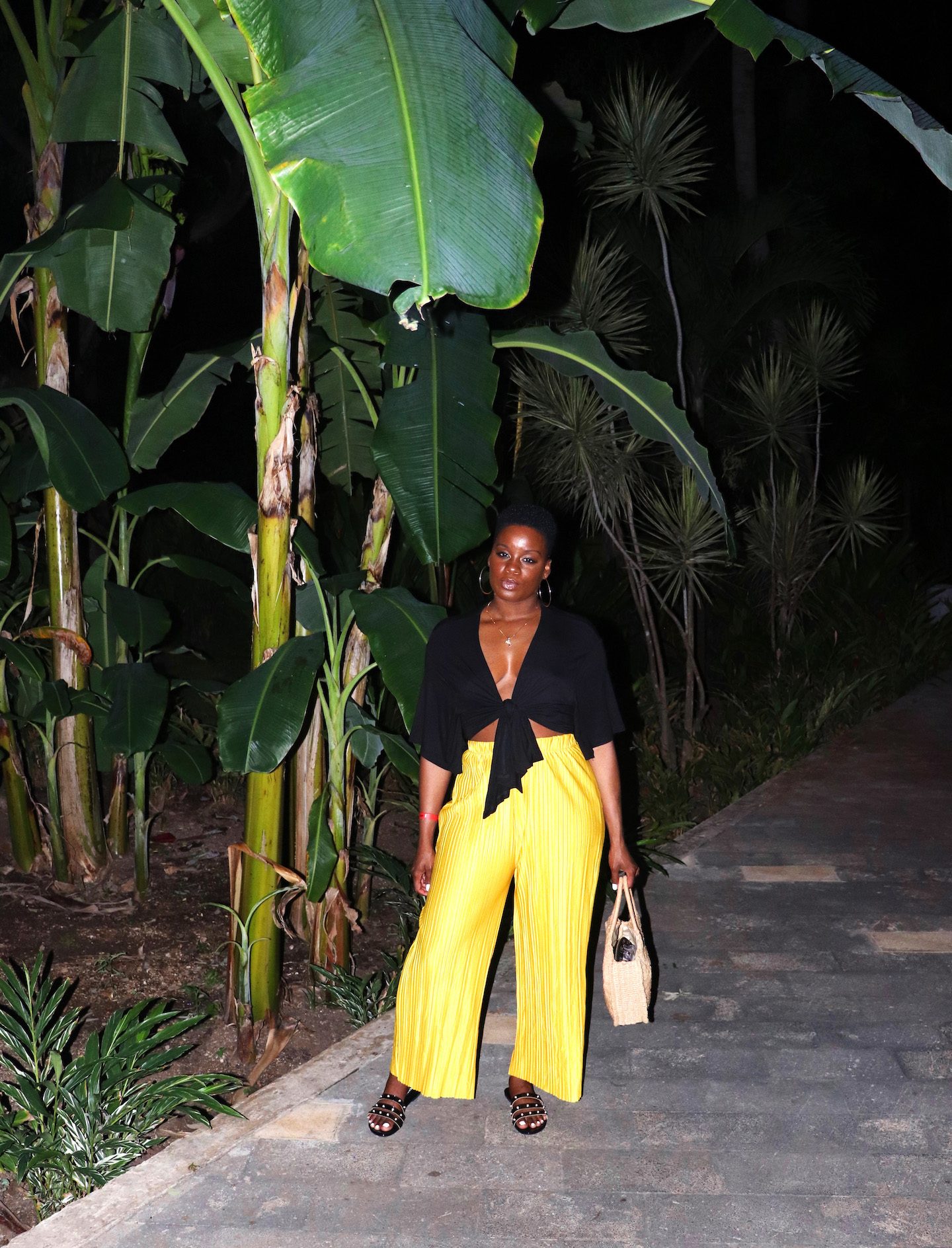 What To Pack For A Tropical All Inclusive Vacation 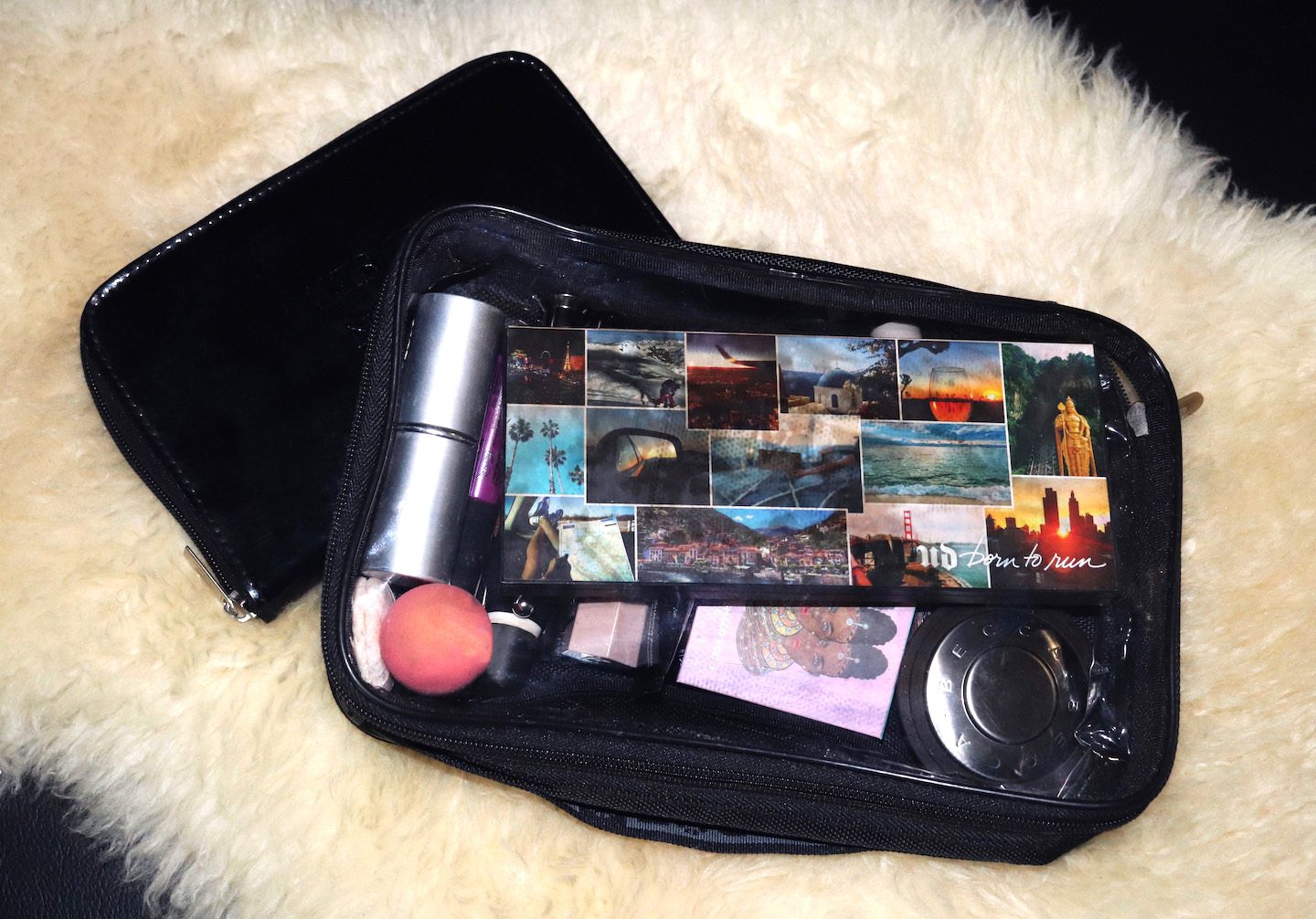 A Peek Inside Of My Travel Beauty Bag