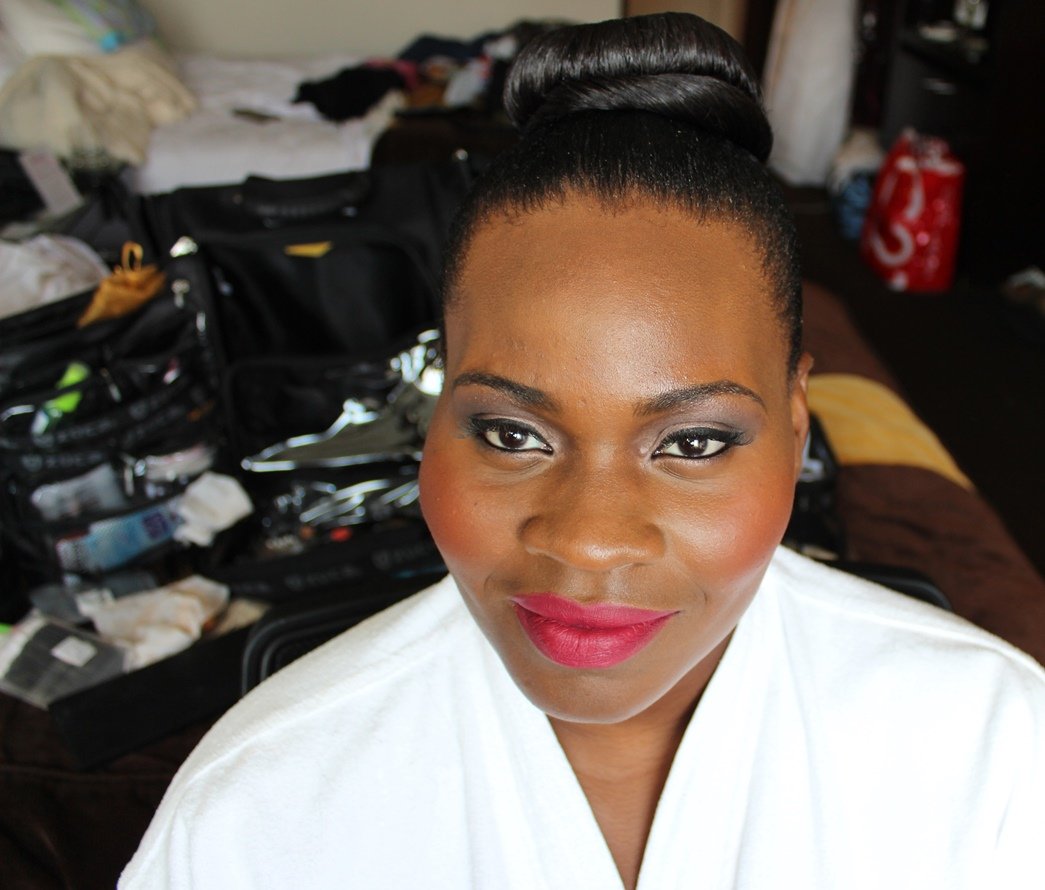 This weekend I had the pleasure of doing hair and makeup for a bridal party- Sleek Donut Buns & Neutral Smokey Eyes.Here is a peek behind the scenes... 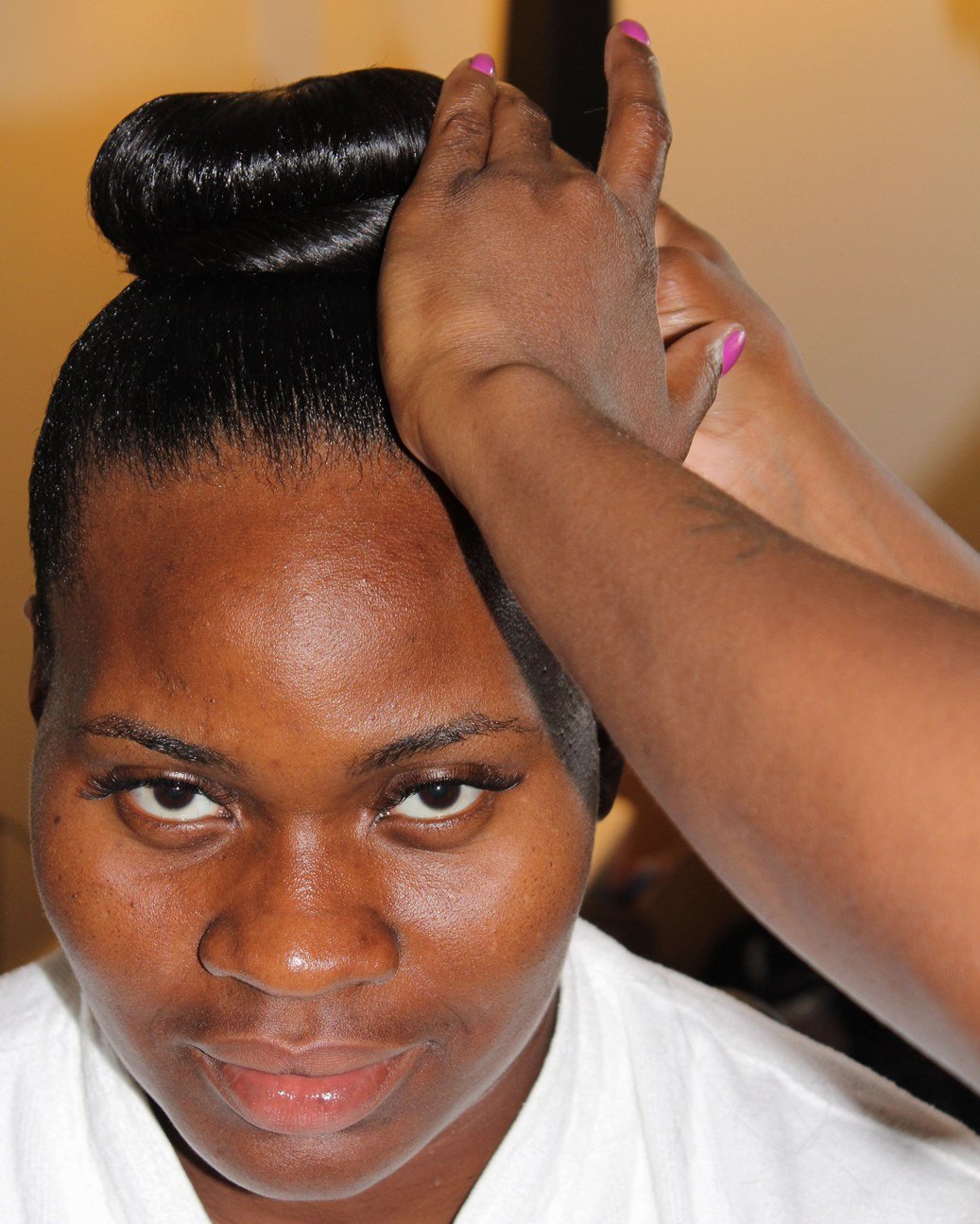 I applied Ardell medium individual lashes and then did her hair… 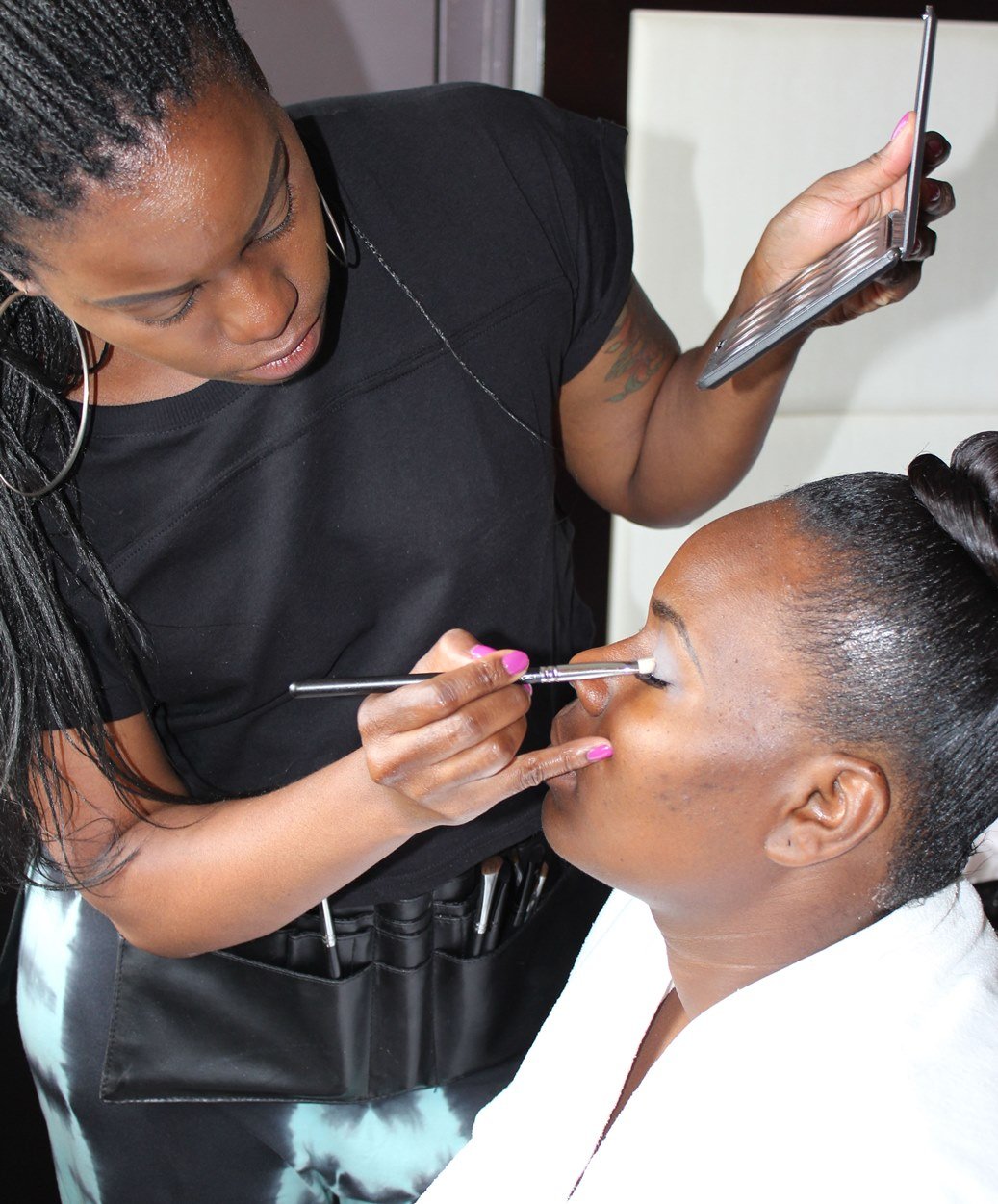 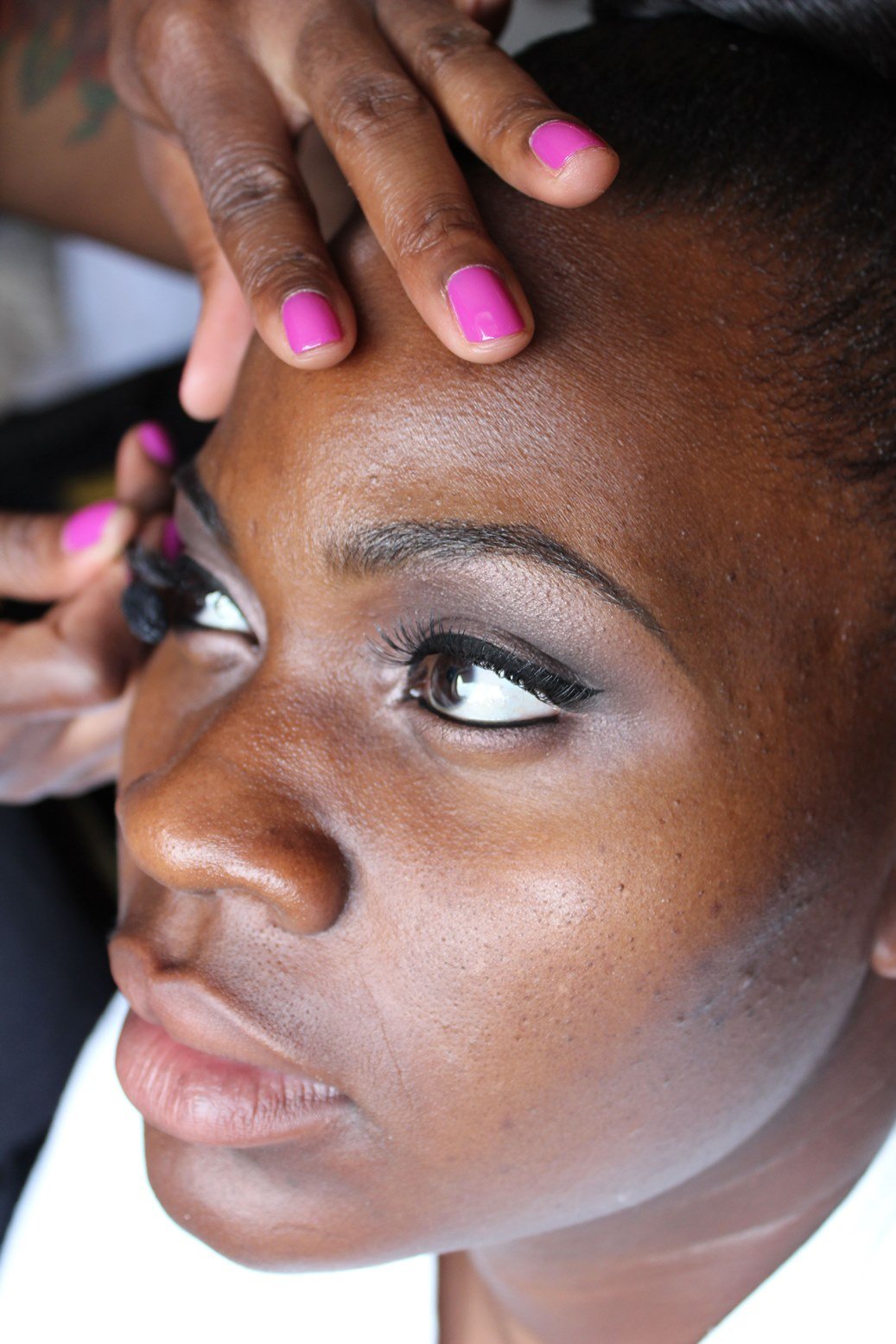 I used MAC Satin Taupe, Carbon, Shroom & Soft Brown on her eyes as well as a shade from the Urban Decay Naked Palette, I think it was Hustle 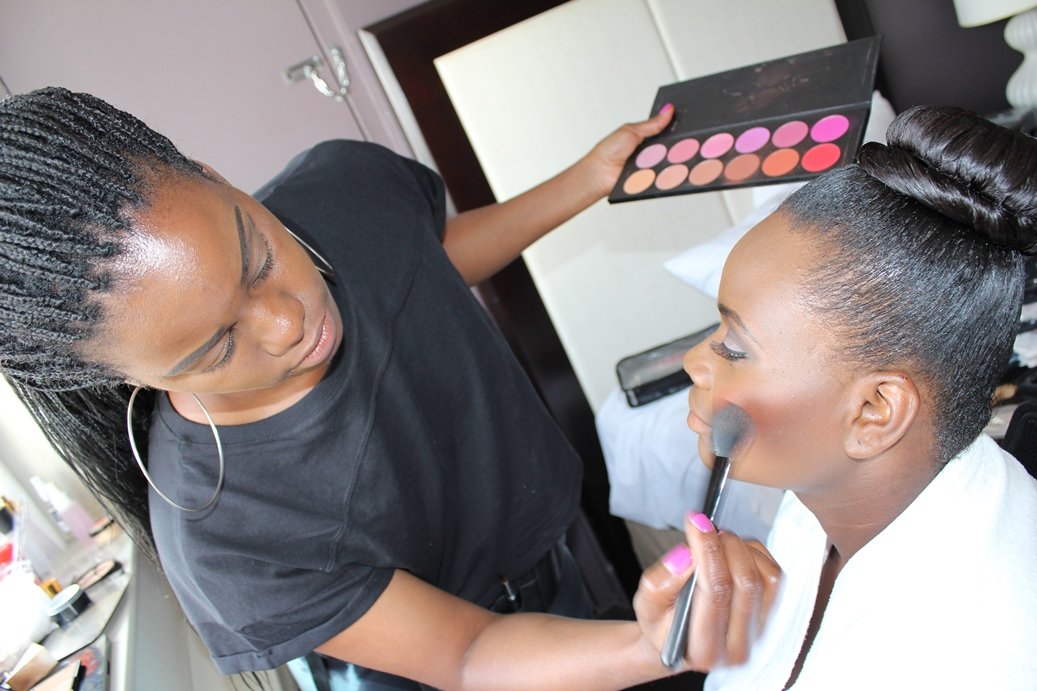 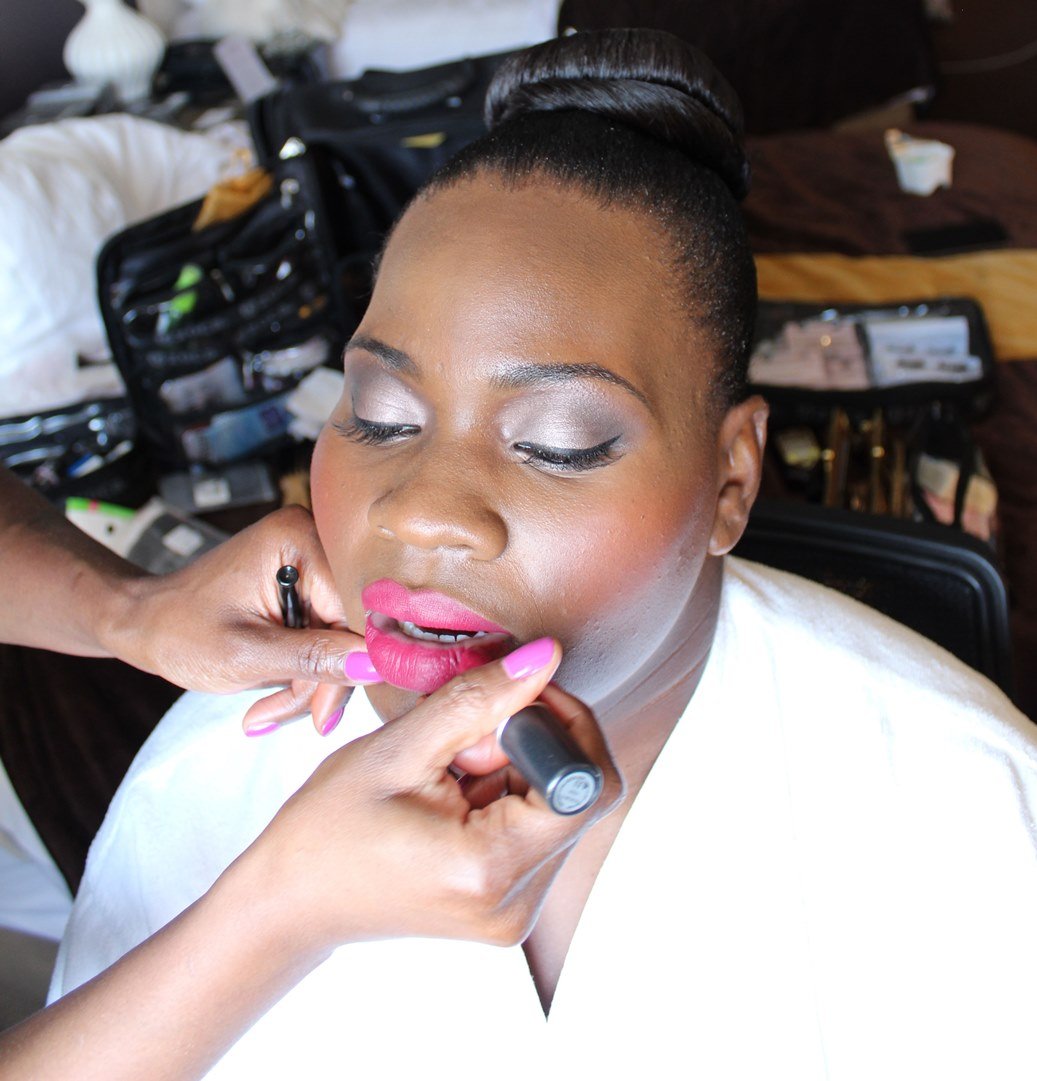 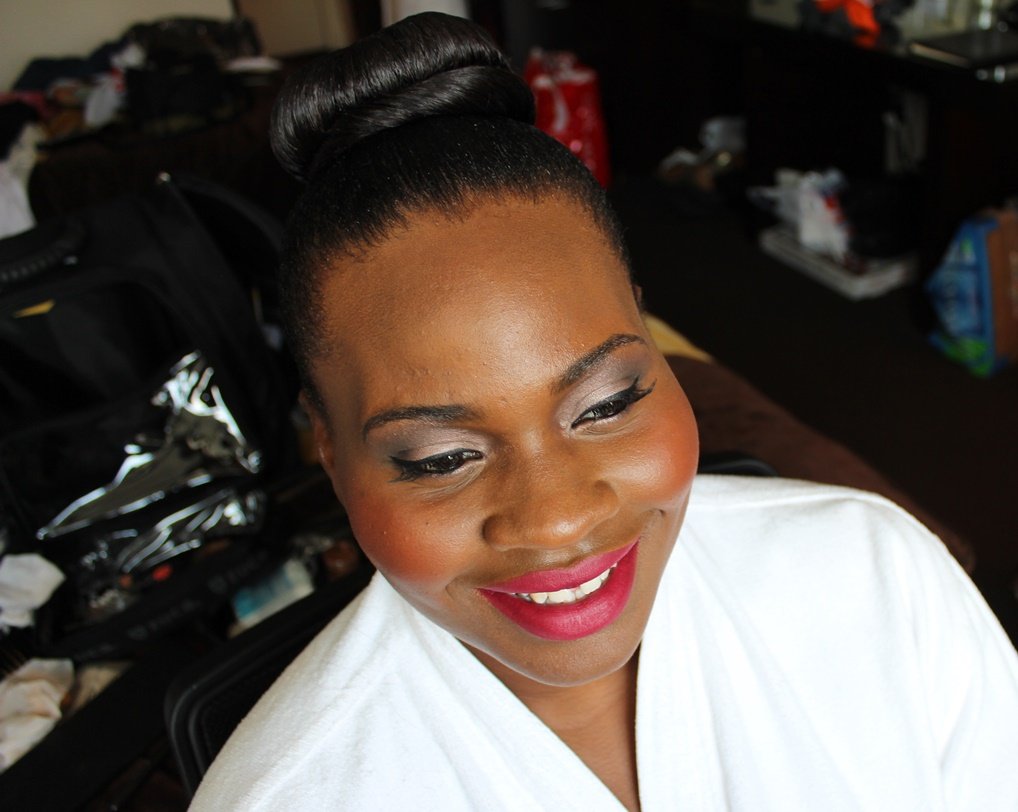 The maid of honor… 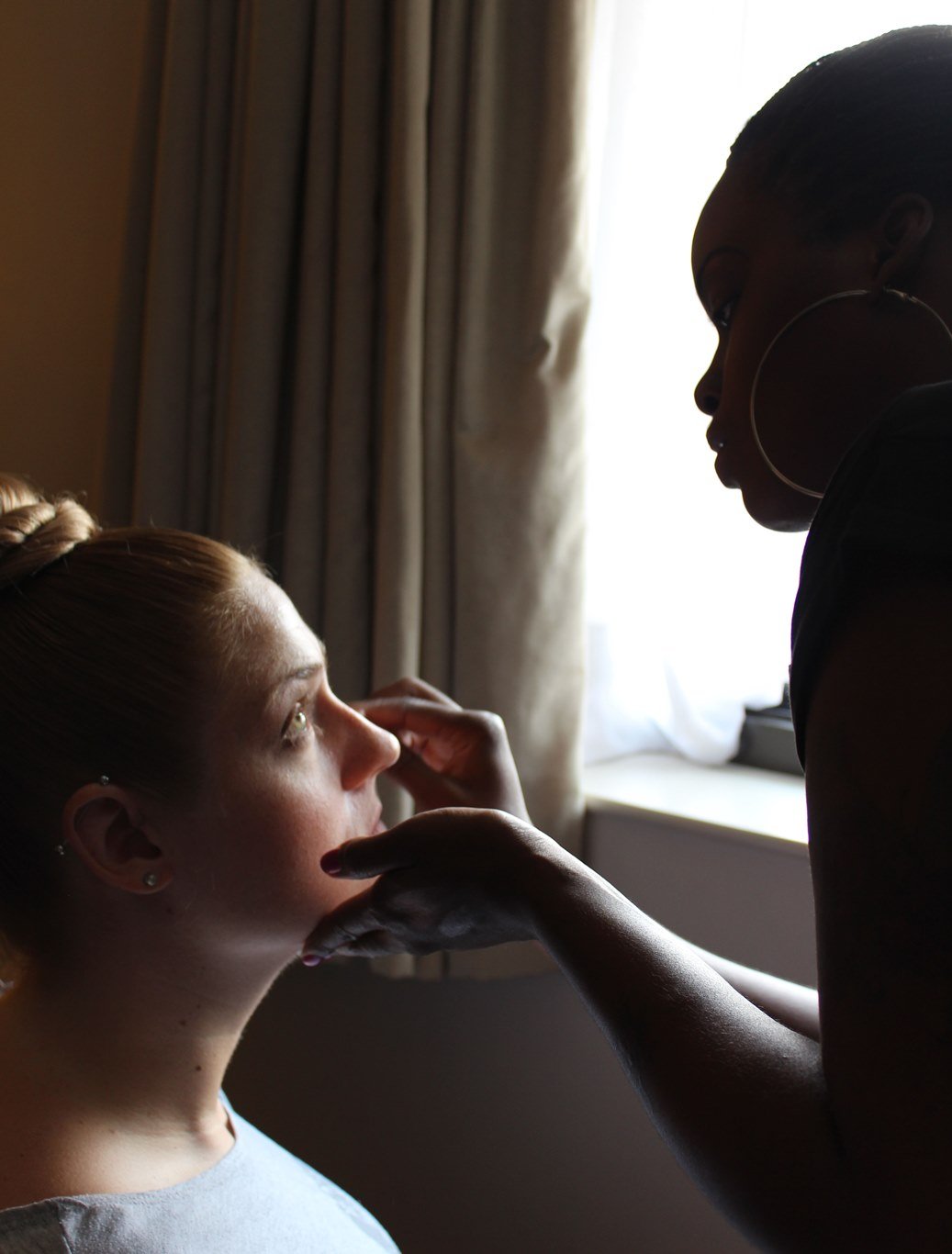 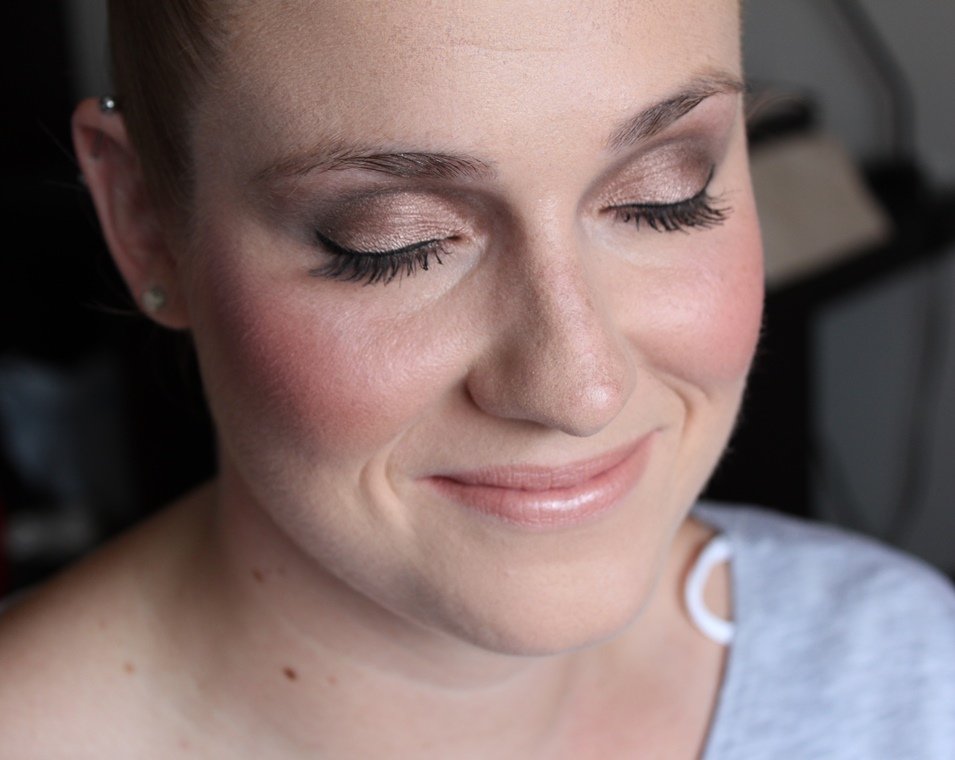 I used La Femme blush in Mocha as well as Sleek Contour Kit in Light and Bronzer to highlight & contour her cheeks. The lipstick was her own I just remember it was from Urban Decay. 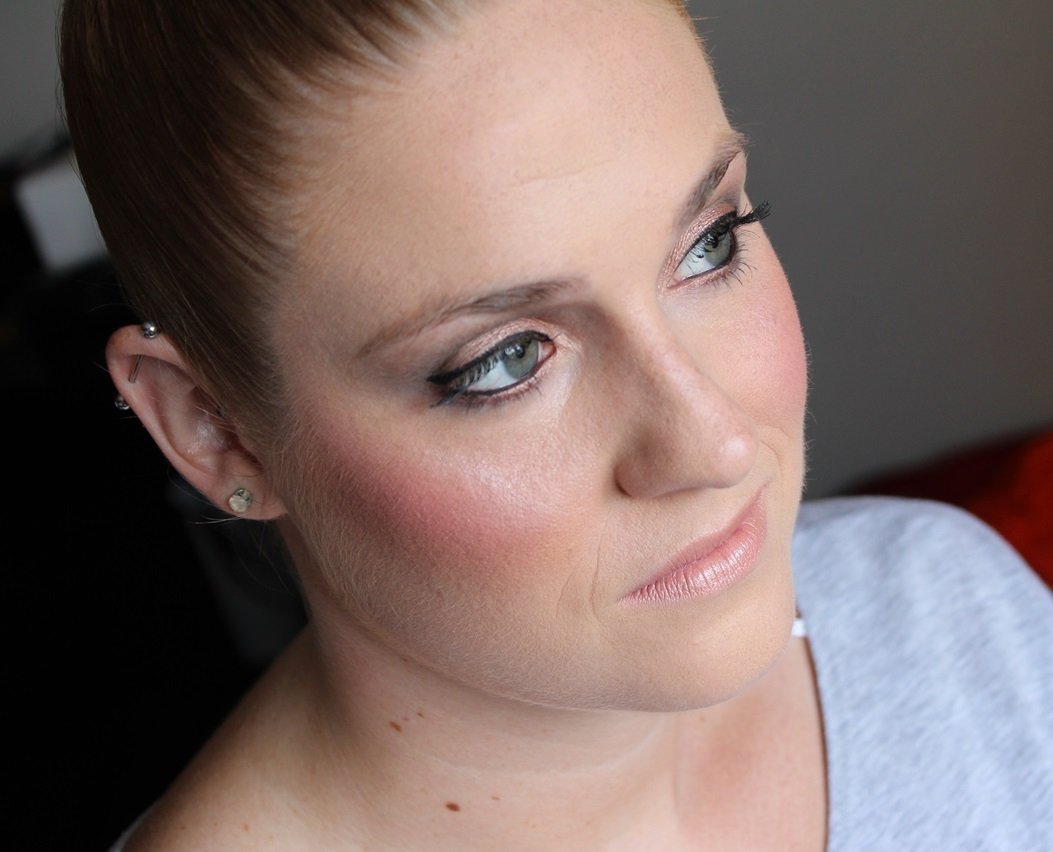 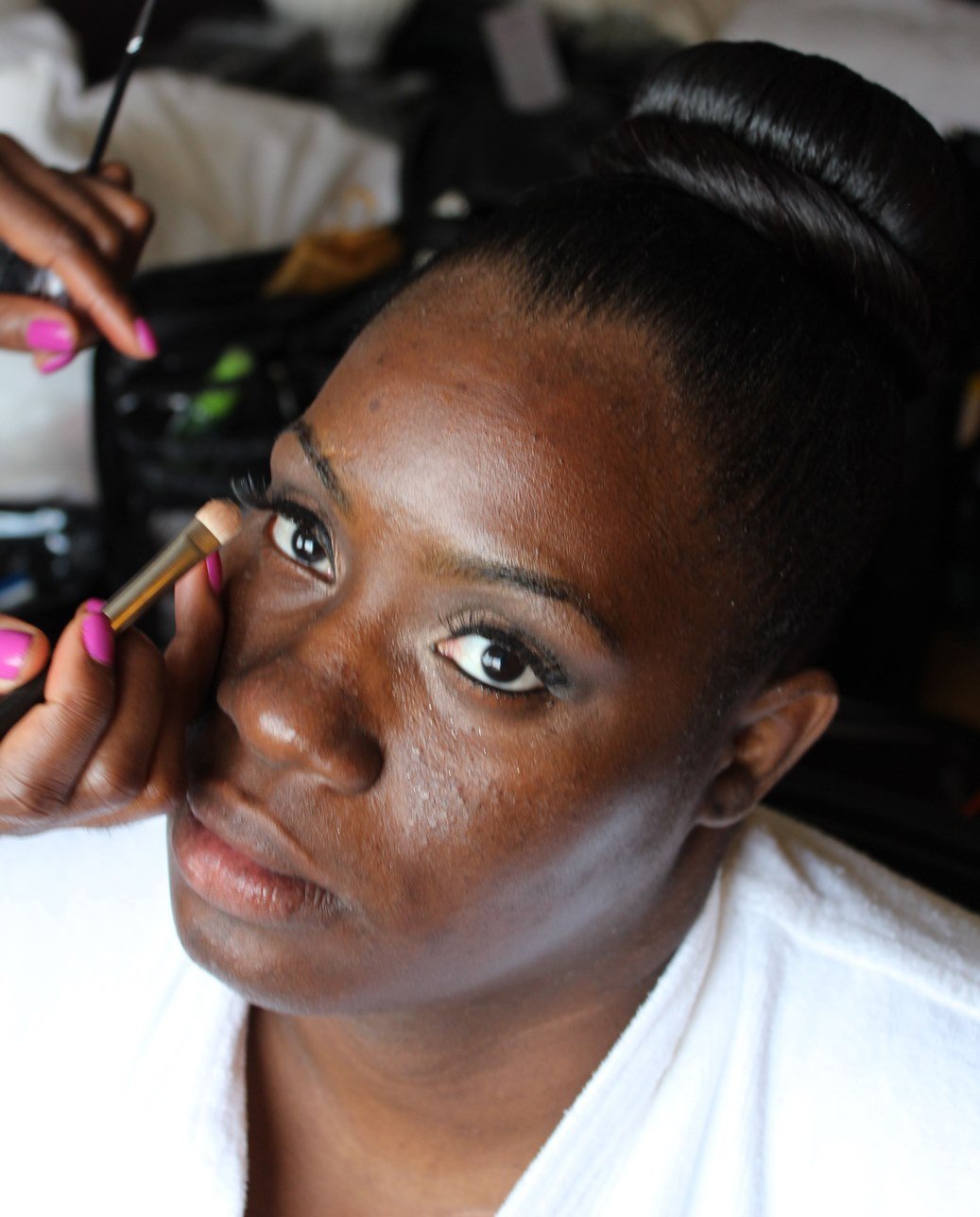 She had long lashes already so I added Ardell individual lashes in long to make them fuller. I used Urban Decay Naked 2 Palette on her eyes, I believe the base shade is Chopper. 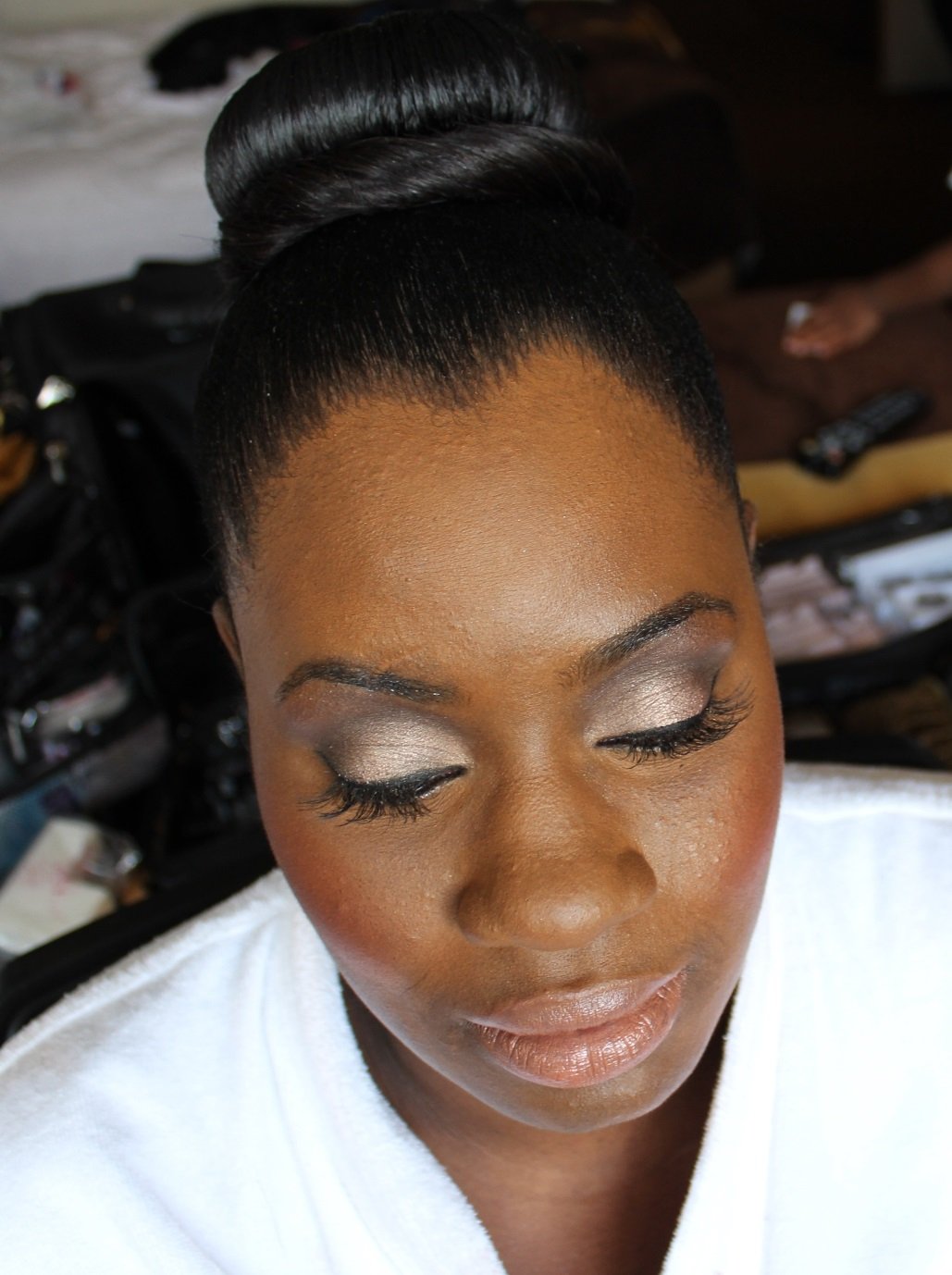 I had to use a little bit of Black Opal Flawless Skin Foundation in Carob in combination with the RCMA since her skin was a little drier. I alo used MAC Studio Finish Concealer in NW45 to conceal prior to applying Foundation. On her cheeks I used La Femme Blush in Russet as well as the Sleek Contour Kit in Dark and bronzer to contour & highlight. On her lips I used Milani Color Statement Liner in All Natural and Rimmel Lipstick in Birthday Suit. 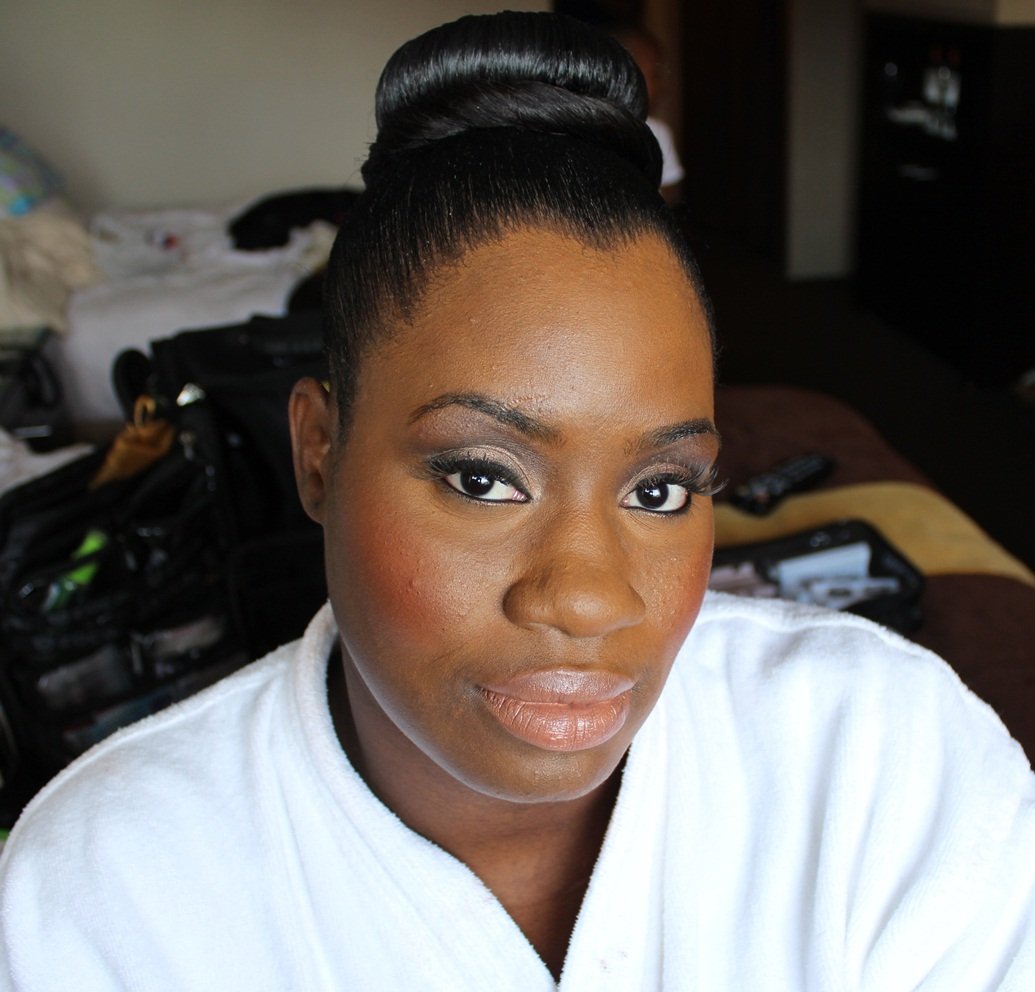 Last but not least Bridesmaid #2 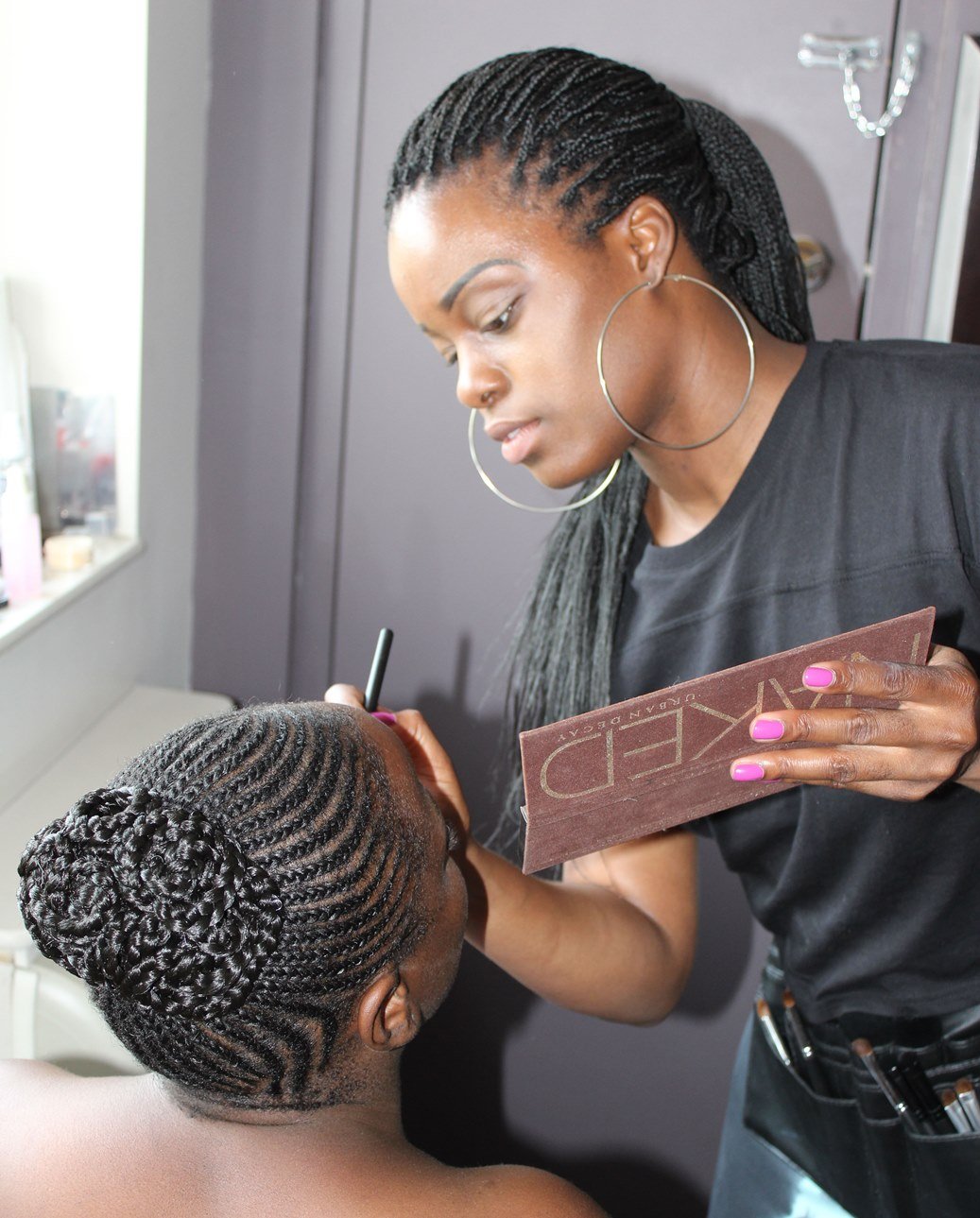 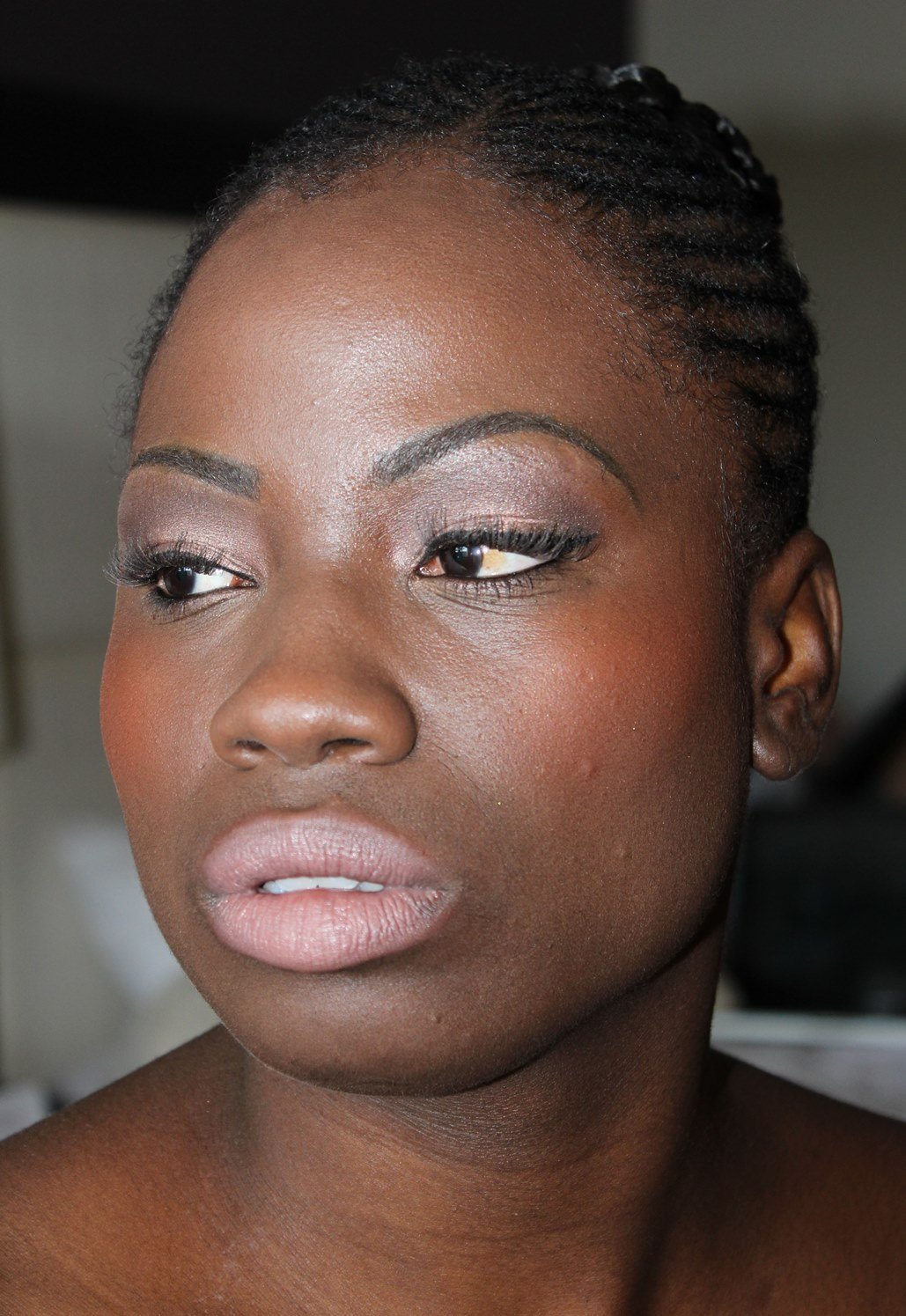 I used La Femme blush in Russet on her cheeks as well as Sleek Contour Kit in Dark and Bronzer to contour & highlight. The lipstick and lipliner was her own, it was MAC Chestnut Liner with one of the Viva Glam Lipsticks. 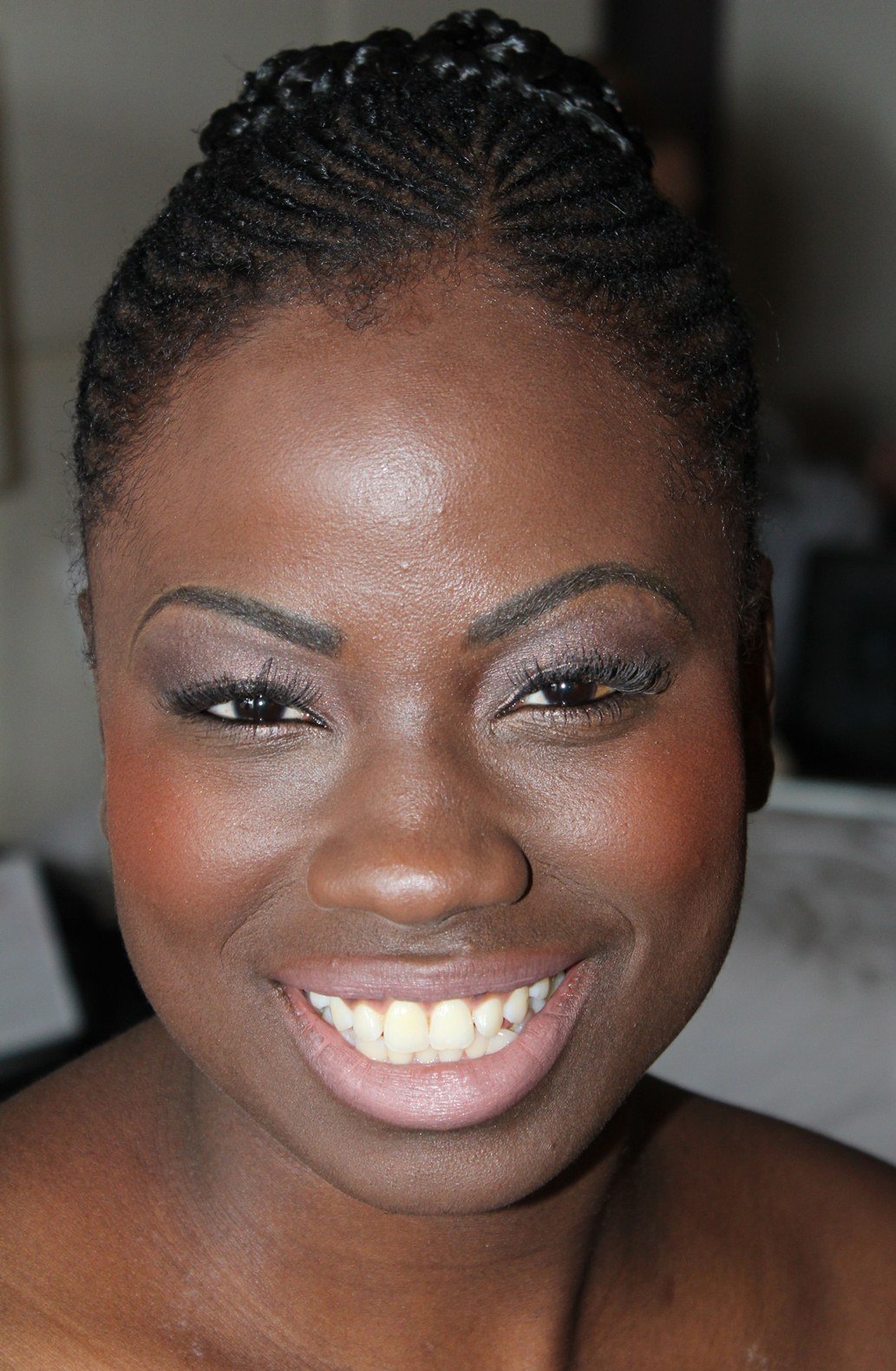 Everyone loved their looks and it was a beautiful wedding! 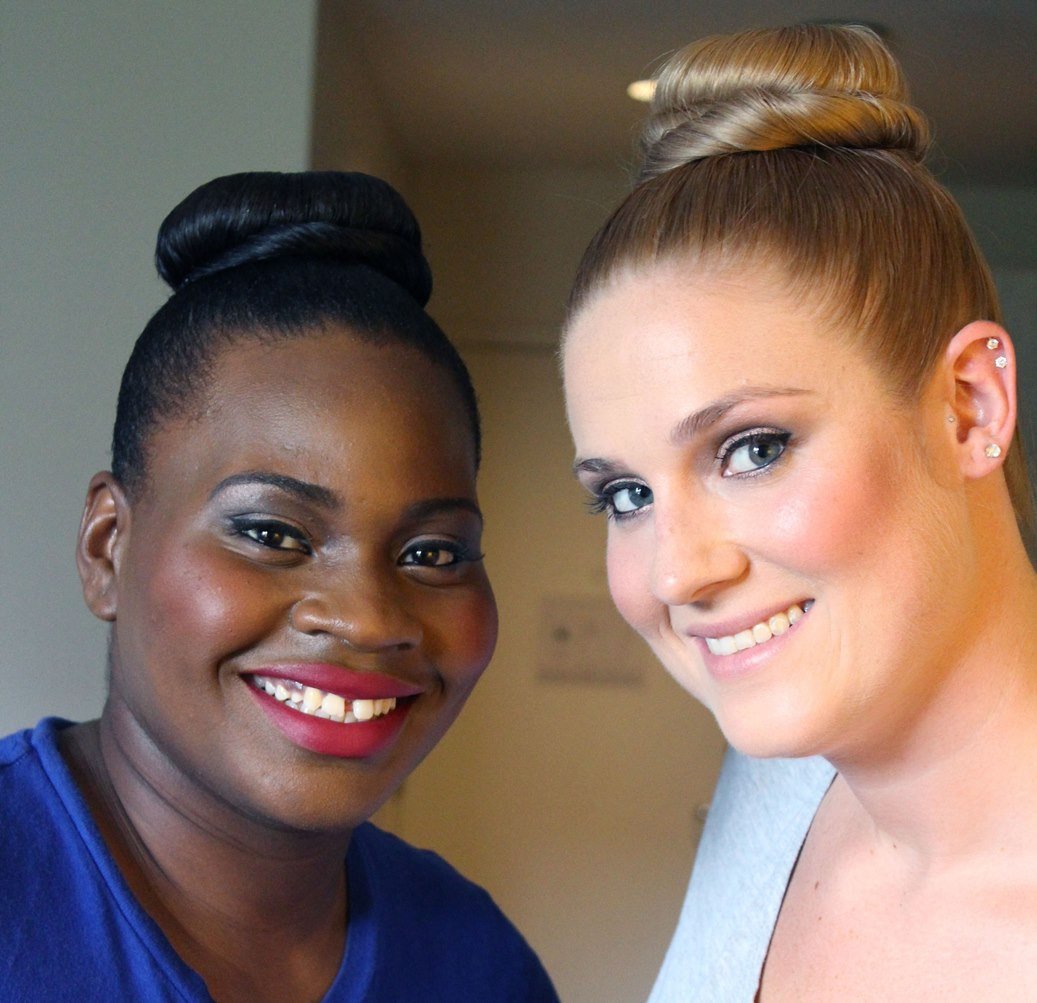 Bride and Maid of Honor… 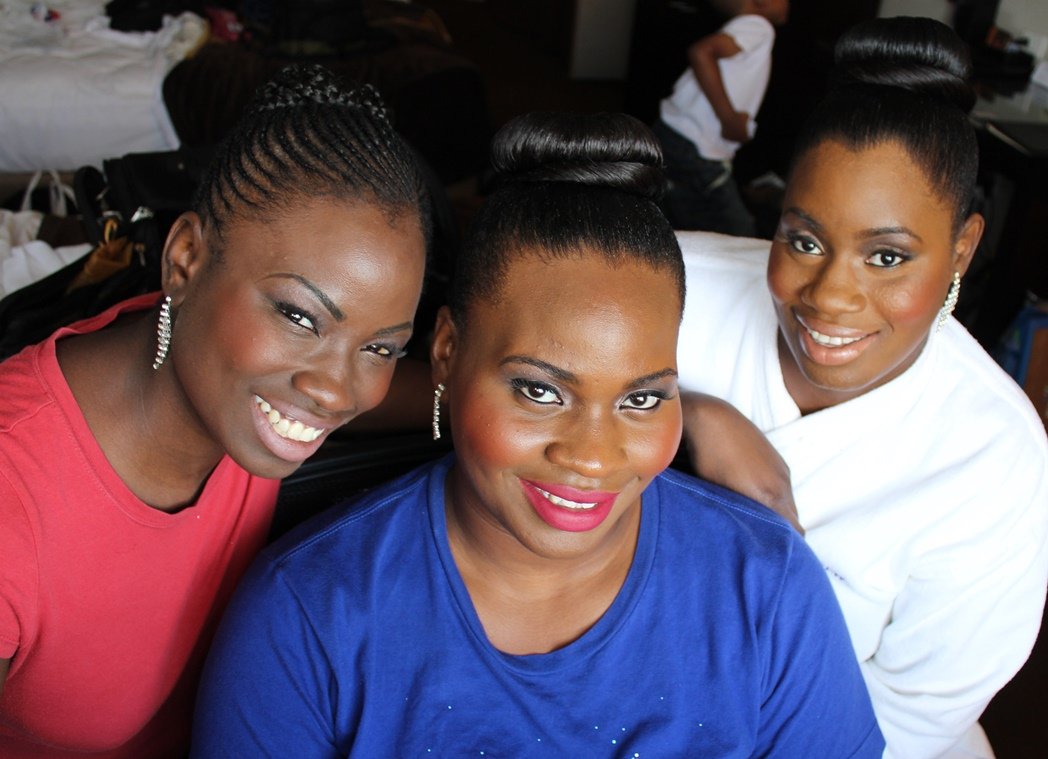 Bride and her sisters who were the Bridesmaids.

Stay tuned to see what I wore to the wedding! 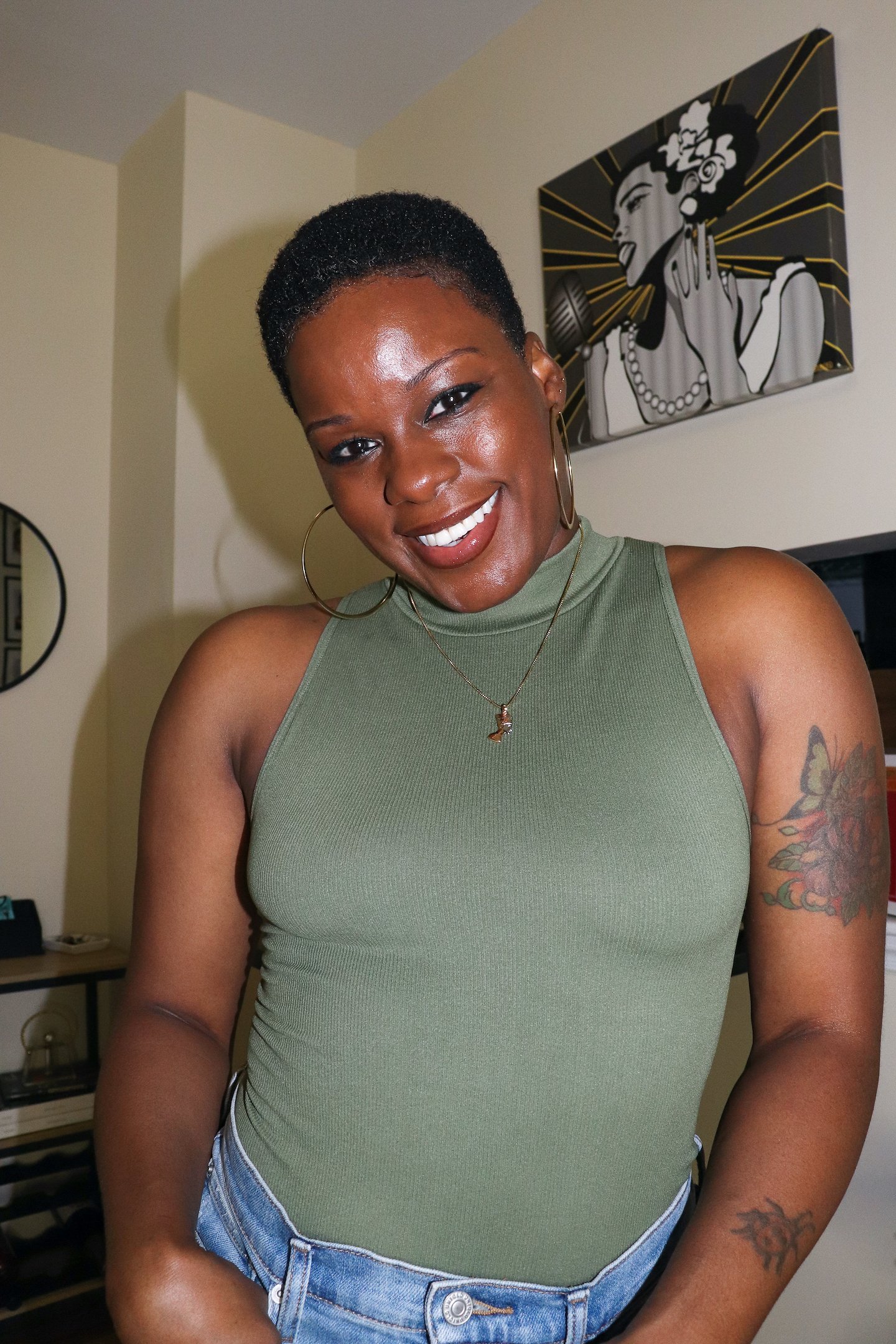 How The Pandemic Permanently Changed My Makeup Routine 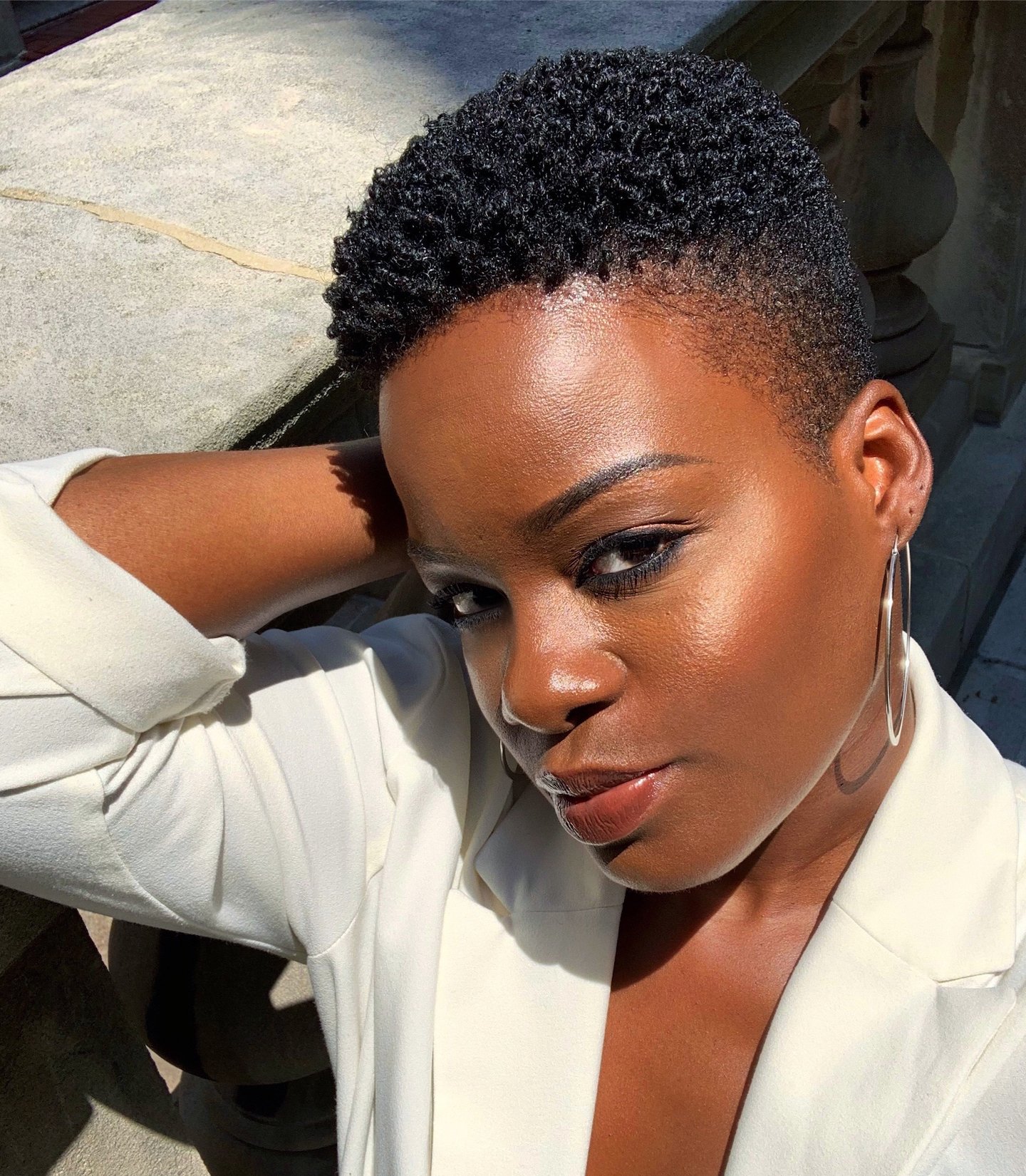 8 Lightweight Foundations That Let Your Melanin Shine Through 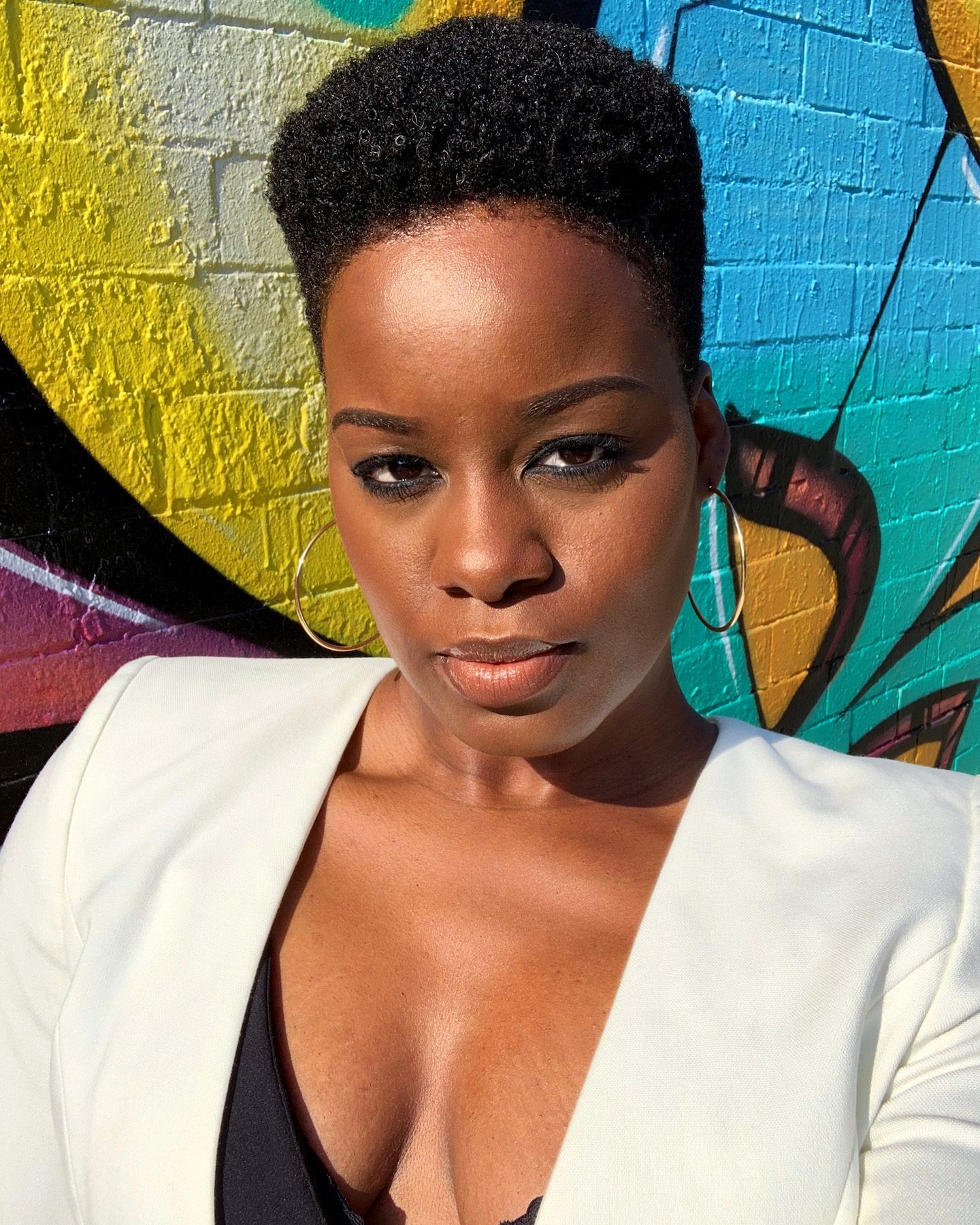 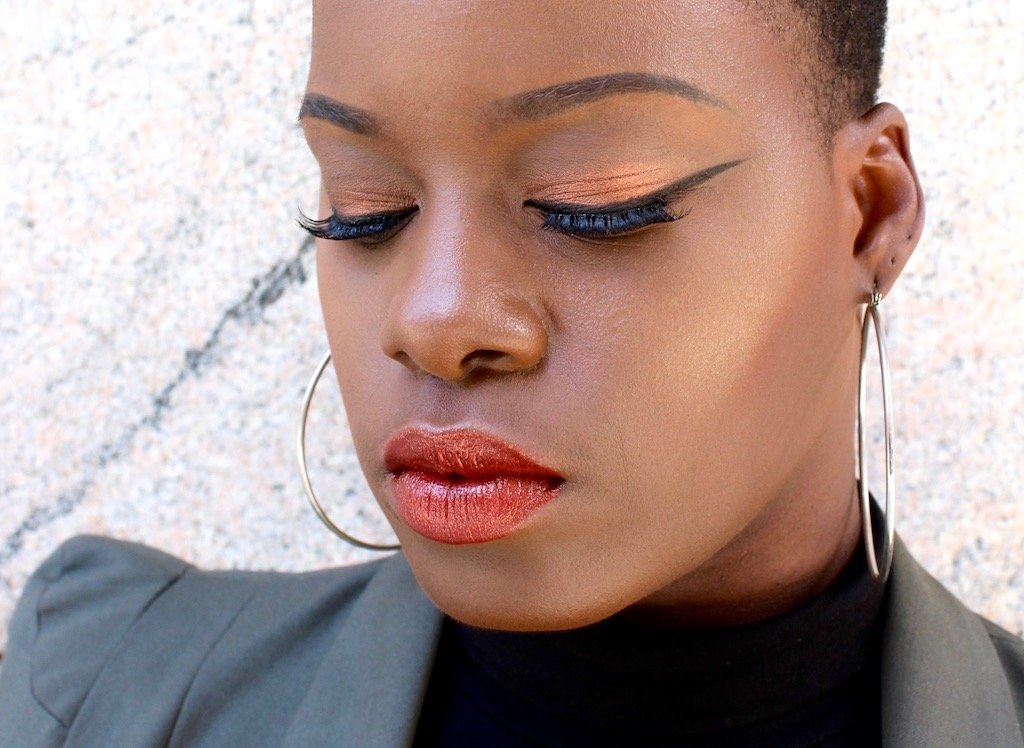 3 Spring 2019 Makeup Trends You Should Be Rocking Right Now